Will Mobile Money be Disruptive in Myanmar? 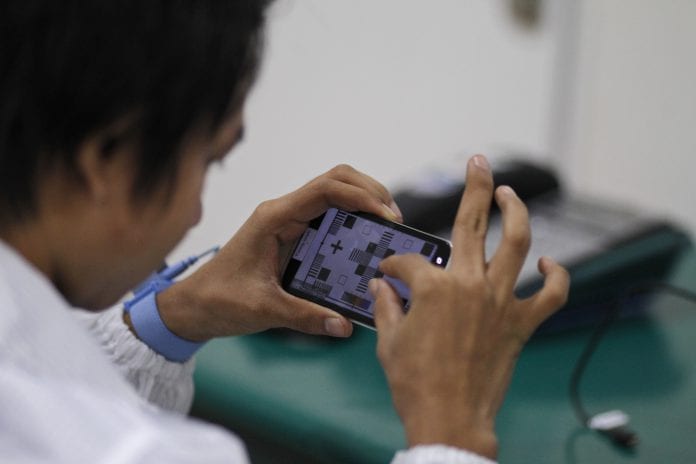 There’s been a lot of hype around mobile in Myanmar since Ooredoo and Telenor won the bid for the country’s two mobile licences in 2013. But the number one challenge that all the mobile money service providers will need to address is adoption. Providers will need to give the people of Myanmar a compelling reason to replace their leather wallets with a mobile phone.

The benefits for potential service providers seem obvious enough to figure out. Financial institutions like banks may see a way to solve the problem of distribution and achieving the last mile. The concept of mobile money fits nicely into MNOs business models – potential reduction in subscriber churn; increase in market share; increased savings on airtime scratch card distribution costs (such as printing, commissions to airtime re-sellers, etc); increased Average Revenue per User (ARPU), among others. And they promise other actors in the value chain a more cost-effective business model.

Clearly, there is a value proposition for each of these mobile payments providers. But what’s not clear is what consumers need in mobile money in Myanmar. Until customers themselves see what’s in it for them, they’re unlikely to ditch their physical wallets for the mobile wallets. Until then, the Mobile Financial Services Revolution hype in Myanmar will just be that – hype – before it is ultimately consigned to the scrap-heap of PowerPoint presentations like many other similar services around the world.

According to the GSMA, there are 208 mobile money programs in the world today spread over 83 countries. Only nine programs out of the 208 have over 1 million active users. But in order for even the most conservative growth projections to be realised, Mobile Money providers in Myanmar will have to solve the same fundamental obstacle faced by mobile money programs around the world. They will have to give users a compelling reason to adopt mobile wallets, instead of pulling out cash from their leather wallets. Entering digits on a mobile phone in order to make a purchase instead of paying in cash isn’t that persuasive. So the mobile financial services industry in Myanmar needs to come up with solutions that give users a reason to use their mobiles instead of cash.

So what needs to happen in order for consumers to see the true benefits of using a phone to conduct financial transactions?

1. The customer’s first mobile money experience needs to be exceptional and memorable.

Myanmar being a cash-based economy, people are used to guarantees that only hard cash provides. In a country where for your US dollars to be accepted they have to be pristine – without fold lines, marks, fades or bends; you cannot afford to not get it right the first time. That proposition can’t just be a different way to transact. It has to be the best. Going to the market and telling the average consumer that you’re introducing mobile money is just not going to fly. Providers will need to clearly spell out what problem they are trying to solve; and in a language that their target market understands.

However, as Mobile Money shifts base from a value-added-service to a “commodity” in almost all emerging economies, the sector continues to become increasingly regulated, thus narrowing the margins; making it no longer sufficient to offer mobile money only. Providers therefore have to be innovative enough to create mobile money – enabled services, as this is where the high margins lie.

The Mobile Money industry worldwide has done a brilliant job of mimicking Safaricom’s M-Pesa. Consequently, there has been an overemphasis on P2P models and ignoring of other value chain needs. As the last frontier in the telecommunications arena, it is not too difficult to fall for the temptation to focus more on replicating what has worked in other contexts instead of adapting solutions for Myanmar’s specific form of market.

Mobile Money providers in Myanmar have an opportunity to build business cases and innovative services based on realities and needs of the Myanmar people; and grounded in the local context. Factors such as demographic dividend and other value chain interactions need to be at the forefront of their revenue models. A “copy-paste” or alteration of the M-Pesa model or any other model for that matter just won’t see the time of day.

2. Mobile money must actually be able to replace cash.

In order for people to fully adopt the idea of using their mobile phone as a replacement for cash, all the possibilities of having cash on hand must be feasible on a mobile phone. Otherwise it makes no sense to go mobile. What this ultimately means is that the same way cash in a wallet is within reach and can be easily converted into a product or service, so should mobile money.

Thus, the challenge for providers is to ensure that both consumers and merchants have what it takes to complete a mobile money transaction. Cash in/ Cash out agents and merchant POSs have to be ubiquitous. To succeed, the mobile money providers will have to engage a well-compensated, a well-trained, and an active agent network working as its touch-point.

The saying that “people prefer to deal with people, not machines” has never been more true than in the mobile money space. Customers must also have access to mobile phones. Currently, the mobile phone penetration in Myanmar is approximated at less than 20 percent.

3. Challenge of phone charging needs to be addressed.

It’s given that everyone with a mobile phone would benefit from access to phone charging services, but if mobile money is to hit the mainstream then the phones better have enough power to last a couple days. This is a practical issue that has to be addressed in Myanmar where nearly 75 percent of the country’s 60 million people lack access to electricity. The last situation a consumer expects to find themselves in is being unable to make a purchase or transfer because their phone battery is consumed.

Unlike other mobile services like voice and SMS, Mobile Money has an unusually long product life cycle and limited margins at the beginning. Management must therefore be willing to sacrifice profits in lieu of a strong brand, especially at the early stages of launch.

One way for mobile money programs to break barriers to adoption is by having an easy sign-up process and charging reasonable fees for services. A low cost “pay as you go” model works best in markets with underdeveloped financial systems such as Myanmar. Such a model would features such as: zero minimum balances, zero joining fees, and zero monthly charges to make it truly attractive. The tariffs must also be transparent and easily accessible to users. Customers like to know upfront what they’re signing up for.

While we cannot tell for sure whether mobile money will ultimately become disruptive in Myanmar; until providers hit several million marks of in terms of users and kyat transacted, we can defer talks of Mobile Financial services revolution in Myanmar. In the meantime, mobile money service providers can start working on these issues and give users a reason to take up mobile money. They need to create the value proposition that will make using a phone to conduct financial transactions so much better, faster and more convenient than using cash.