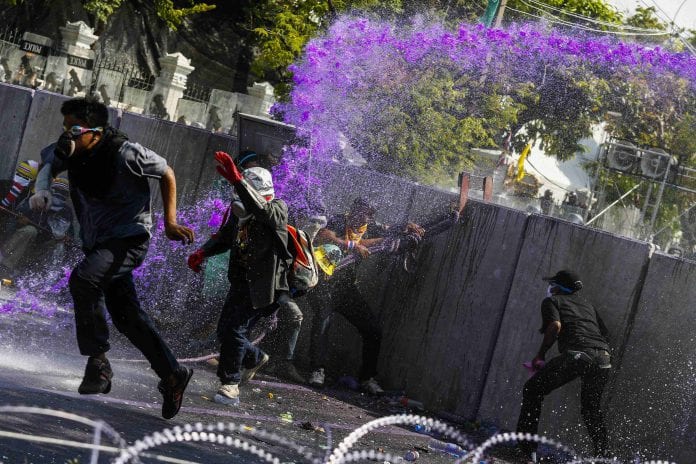 The anti-government protests that took place in Bangkok and other cities in Thailand last week could boost visitor numbers in Myanmar in 2013, industry observers say.
According to Southeast Asia trade newspaper TTR Weekly, countries like Myanmar and Vietnam could attract tourists who do not want to travel to Thailand due to fears around the violence.
Late last month, protestors took to the streets in the capital city of Bangkok in protest against an amnesty bill that would mean that former Prime Minister Thaksin Shinawatra can return to the country, despite being sought for corruption charges within the country.
That bill was introduced by the current government, which is headed by Thaksin’s sister Yingluck – who many believe acts as a puppet for her brother – and, while the proposal has now been rejected due to fierce opposition, protestors took to the streets calling on Yingluck to stand down.
After heated protests, at the time of publication quiet had largely been restored to the capital, in part due to the King’s Birthday celebrations which took place on December 5.
“Travel industry leaders have voiced deep concern over the current political unrest, pointing out that if it continues another week, the trade should brace for cancellations and a loss of confidence in Thailand,” said TTR Weekly.
However, travel observers within Myanmar remain skeptical as to what impact the protests could have on the country’s tourism market.
“Myanmar is too much of a niche destination at this stage to appeal to the throngs that head to Thailand – frankly, many of the beach-and-beer crowd won’t even know where Myanmar is,” said Marcus Allender, founder of travel website Go-Myanmar.com. He added that the most recent protests to hit Thailand in 2010 led to an upsurge in tourist bookings in Bali, Indonesia.
While skeptical about the short-term impact Thailand’s situation can have, Allender did say that Myanmar may benefit from long-term instability in the neighbouring country.
“The whole issue between the rural poor and urban elite in Thailand has rumbled on for years. If the problems continue for a long time, or there was another coup, then over the years you could potentially see Myanmar benefitting,” he added.
Thet Zin, founder of Living Irrawaddy Travel Service, also expressed reservations on the long-term impact of the Thailand situation on Myanmar’s tourism, adding that it could have a negative impact on tourists to Myanmar getting visas.
“Myanmar doesn’t position itself as a cheap country to visit [like Thailand], so we do not think that Thailand’s issue will have a big impact on Myanmar.  In fact, we are quite disappointed that this whole incident could actually delay the visa agreement between Thailand and Myanmar, which was supposed to begin this month,” she said, referring to an agreement touted to begin in December,whereby citizens of Thailand and Myanmar could visit their neighbouring country visa-free.