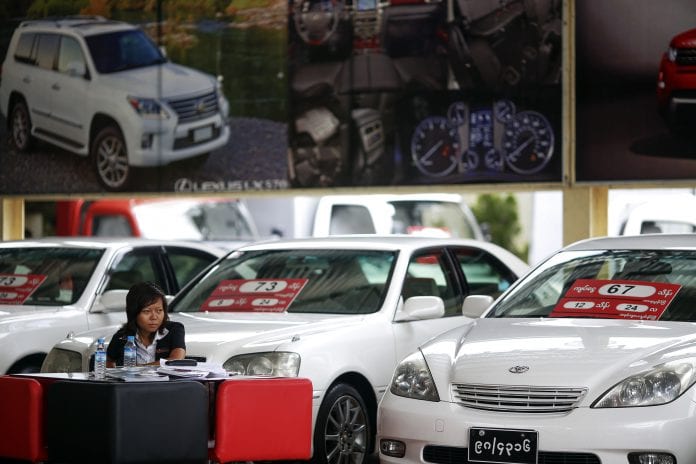 The new showroom, located on Pyay Road in Mayangone township, is Win & SPAM’s fifth Myanmar showroom, and will display high-end cars, the Japanese group has said.

Ko Kyaw Thura Tun, director of Win & SPAM told Myanmar Business Today that Myanmar’s car prices were kept under control by the government unlike in the past, when even second-hand cars could fetch upwards of $25,000.

Since Thein Sein’s quasi-civilian government came to power almost three years ago, it has made serious reforms in the auto sector, making it easier for citizens to import cars from abroad. Thura Tun said that the industry is still in its infancy in Myanmar and will take time to streamline but that the situation is better than in the past.

“Today, the automobile market is completely different to the past. Customers can purchase cars at a reasonable price and there are almost no old cars left,” he said, referring to the government’s “old for new” policy, which meant that cars that were over 20 years old could be replaced more easily with newer, more efficient models. “We have imported over 18 types of car, and are displaying between 10 to 20 of each model. We cannot display more than that due to space issues,” he added.

Currently, the cars in the showroom are for display only but the companies hope to have them available for sale soon.

Woodstock trade a range of car models, but specialise in cars from Japan, namely Toyota, Mitsubishi and Nissan.