Wind Power Market to More Than Quadruple By 2030 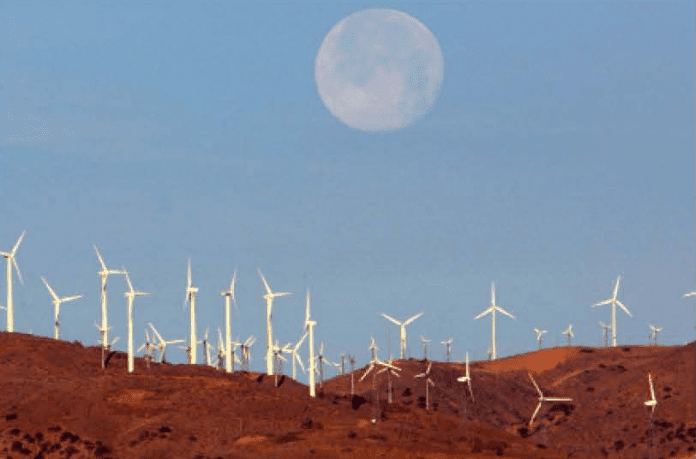 Siemens, the world’s No.3 maker of wind turbines, expects the global wind power market to more than quadruple by 2030, lifted by strong growth in Asia.

“The market will shift away from Europe significantly,” Markus Tacke, chief executive of the German company’s Wind Power division, said at a renewable energy conference in Berlin.

He said globally installed wind power capacity would increase to 1,107 gigawatt (GW) in 2030 from 273 GW in 2012, with Asia and the Pacific region accounting for more than 47 percent of the total, up from 34 percent now.

China is pumping billions of euros into wind power, which is more cost-competitive than solar energy and partly able to compete with coal and gas. Wind power subsidies in most parts of Europe are being slowly scaled back.

The Europe and the Middle East (EMEA) region is still the world’s largest wind market, with a 40 percent share that will decline to 34 percent by 2030. Siemens Wind Power, part of the group’s Energy division,achieved sales of €3.55 billion ($4.76 billion) in the first nine months of Siemens’ fiscal year, down 1 percent year on year. It accounted for 6.4 percent of the company’s total sales.

Its profit margin for the period stood at 3.6 percent, down from 4.7 percent a year earlier, as the company was forced to book charges because of problems relating to some of its wind turbine rotor blades.