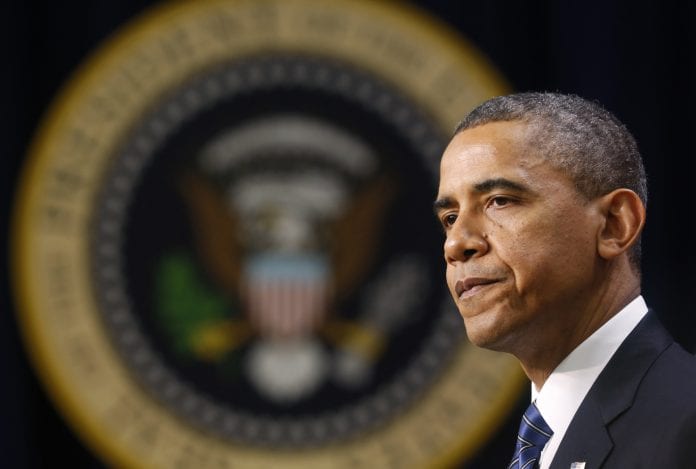 Barack Obama touches down in Japan on Wednesday April 23 where he starts an important week-long trip that will also take in three other countries:  South Korea, Malaysia, and the Philippines.  His overriding goal will be to re-assure these allies about enduring US commitments, whilst sending a clear message to neighbouring states, including China, about US intent to maintain its Asia-Pacific pivot.

This is a simple, but crucial message at a time of significant geo-political turbulence and tension — both in the region and beyond.  The trip, for instance, comes at a moment when US foreign policy attention remains diverted by events in Ukraine which many in Asia-Pacific are also watching closely as a potential signal for how Washington might respond to future Chinese belligerence.

However, the need for US re-assurance comes in a broader context of the postponement of Obama’s planned Asian trip last Autumn during the US Government shut-down.  And also substantial regional change in the last 12-18 months which has seen a once-in-a-generation transition of leadership in China, the subsequent rise of a more assertive Beijing; plus the election of the conservative, nationalist Japanese Prime Minister Shinzo Abe.  The fluid, unpredictable environment this has generated has caused continual headaches for Washington since Obama was re-elected in 2012.

Indeed, the president currently faces the most significant array of obstacles toward realising his goals in Asia Pacific than at any other time during his period in the White House.  For instance, progress towards securing the landmark TransPacific Partnership (TPP) agreement may be stalling, despite Washington’s ambition to secure a deal in 2014 that could comprise at least 12 countries that collectively account for around 40% of world GDP.

Moreover, there are significant bilateral tensions, including between Japan and South Korea (Washington’s two leading regional allies), which Obama is fire-fighting.  Only last month, he made some potentially important progress here at the Nuclear Security Summit in The Hague where a three way meeting with Abe and South Korea President Park Geun-hye was the first high-level contact between the countries for months.

As in much of East Asia, underlying bilateral tensions between Seoul and Tokyo reflect the legacy of a troubled past which continue to powerfully shape attitudes and behaviour.  In this instance, there is significant remaining distrust and anger from the period when Korea was under Japanese rule, including as an annexed colony from 1910 to 1945.

These issues have been given new impetus by the election of Abe whose conservative, nationalist agenda seeks to emphasise greater pride in the country’s past, and also overturn remaining legal and political underpinnings of the country’s post-Second World War pacifist security identity, so that it can become more actively engaged internationally.  While this posture is largely aimed at countering Beijing’s growing power, it has alarmed Seoul too.

Of course, these deep-seated problems are not ones that Washington can fully resolve in the short to medium term, but careful management of them is key to realising US objectives.  In both Tokyo and Seoul, Obama will thus stress the importance of enduring US partnership with each country, including against aggression from external parties, while continuing to promote a common trilateral agenda, including toward the North Korea nuclear threat, to build trust and reconciliation.

Obama’s agenda in Malaysia and the Philippines, two key members of ASEAN, will also centre around strengthening alliances.  And once again, re-assurance is key given regional concerns that Washington’s interest in South East Asia could dwindle if US relations with China improve significantly.

There is currently considerable distrust of China within many ASEAN countries, not least over territorial and natural resource claims in the South China Sea.  Late last year, for instance, Beijing refused to participate in a UN arbitration process over a territorial conflict with the Philippines.

In this context, Manila is keen to strengthen ties with Washington, and this will be formalised during the trip with the signing of a US-Philippine defence cooperation treaty.  Reportedly, this will enable greater rotation through the country of US ships, sharing of local bases, and aircraft and troops.

In Malaysia, Obama will be the first US president to visit for some 50 years, and the moment is opportune with Kuala Lumpur assuming the ASEAN chair in 2015.  He is likely to find his Malaysian hosts particularly welcoming in light of the recent deterioration in relations with China since the disappearance of flight MH370.

Taken overall, the president has a clear and substantial agenda in each country, but his overarching ambition will be to provide re-assurance about enduring US commitments to the region on the security, economic and political fronts.  Moreover, with a TPP deal still uncertain, Obama may be able to unlock key issues to advance what would be a potentially game-changing agreement cementing US influence in the region well beyond Obama’s presidency.

Andrew Hammond is a former UK Special Adviser in the Government of Tony Blair, and an Associate at LSE IDEAS at the London School of Economics.