With Industry in Its Infancy, Civil Choppers Hope to Kick Up Dust 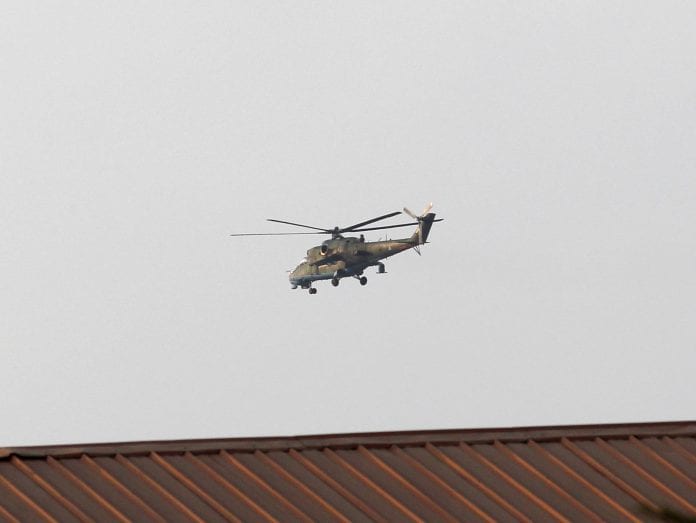 While helicopter use by civilians is currently in its infancy, their utility in multiple industries will lead to a boom in the industry if certain regulations are changed, according to several advocates in the helicopter industry.

Currently, according to Nadav Kessler of the consultancy firm Asian Sky Group, there are only 12 civilian helicopters in the country as of 2014.

Interest in helicopters will inevitably grow, however. With the awarding of offshore oil blocks, the oil and gas industry will need more helicopters for transportation. Likewise, remote regions of Myanmar are ripe for helicopter service, especially those with no access to roads. Other growth industries include search and rescue and infrastructure development.

Under the current legal framework, flights by civilian helicopters are restricted by several codes, and cannot, for example, fly at night, or land outside of designated areas.

One bright spot is the presence of trained pilots in Myanmar who have served in the military.

Win Swe Tun said that there were 60 usable airports in Myanmar, but only 33 are in use, adding that, “for the rest, we are spending money from our budget for maintenance, but they could be an area of growth.”

Currently, though, there are no dedicated civilian heliports in the country, but there are, according to Win Swe Tun, “established reserved areas in specific zones.”

Even military helipads are quite underdeveloped. One former military helicopter pilot, who declined to be identified as he was not authorised to speak on the subject, said that many military helipads lack proper fuelling, signalling or communication facilities and are, “just concrete blocks with H painted on them.”