Home Entertainment Women Made Them. Viewers and Critics Liked Them. No One... 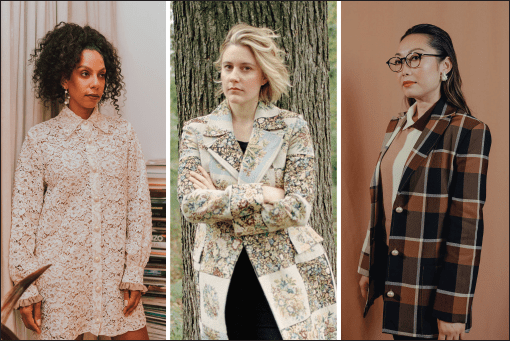 LOS ANGELES
Elizabeth Cantillon has worked in Hollywood for three decades, first as an executive at Sony Pictures, where she helped steer the James Bond franchise, and now as a producer. In other words, she has seen it all.
But the current Oscar race has left her slack-jawed. Where are the women?
“It’s like ‘The Empire Strikes Back,’” Cantillon said after female directors and films starring women were largely absent from the list of Golden Globe nominees. The Screen Actors Guild was similarly exclusionary, leaving out Greta Gerwig’s “Little Women” and Lulu Wang’s “The Farewell.” Academy Awards handicappers predict that female filmmakers will also be sidelined when Oscar nominations are announced January 13.
Women have come a long way in Hollywood since 2017, when the #MeToo and Time’s Up movements swept the culture — maybe so far that the film establishment, still overwhelmingly male, is reflexively trying to throw on the brakes, said Cantillon, who has been a member of the Academy of Motion Picture Arts and Sciences since 2017.
“I think there was all this support for the resistance,” she said, “and then they were like ‘Whoa, not so fast.’ ”
For people who share Cantillon’s point of view, the lack of traction for female filmmakers this awards season is particularly galling because there are many worthy candidates.
“The Farewell,” directed and written by Wang, and Olivia Wilde’s directorial debut, “Booksmart,” both received better reviews (as assessed by scores on Rotten Tomatoes) than the three Oscar front-runners: Quentin Tarantino’s “Once Upon a Time … in Hollywood,” Noah Baumbach’s “Marriage Story” and Martin Scorsese’s “The Irishman.”
Lorene Scafaria’s “Hustlers,” starring Constance Wu and Jennifer Lopez, collected $150 million at the worldwide box office and provided a cogent account of the financial crisis. “Queen & Slim,” Melina Matsoukas’s fugitive thriller, gave us a new leading lady in Jodie Turner-Smith and a new language to discuss the black experience. “Little Women,” written and directed by Gerwig, is a subversive new take on a classic novel.
They are just a handful of the dozen films from women directors sure to be among the top 100 grossing films of 2019, a 10 percent uptick from the 12-year norm and a significant improvement from last year’s abysmal showing of 3.6 percent. Frustration over the lack of women in the conversation for best director has been intensified by the sidelining of women in films like “The Irishman,” which meanders along for three and a half hours but finds little for female characters to do except smoke cigarettes and stare quietly from the sidelines.
Asked why Margot Robbie had so few lines in “Once Upon a Time … in Hollywood,” Quentin Tarantino dismissed the question. Women only exist on the edges in “Uncut Gems,” which stars Adam Sandler as an adrenaline-fueled diamond dealer. “Richard Jewell,” Clint Eastwood’s film about the 1996 Olympics bombing, finds a reporter (played by Wilde) offering sex to an FBI agent in return for information. The car racing drama “Ford v Ferrari” is the story of two men; “The Lighthouse,” a black-and-white thriller, is the story of two men; “The Two Popes” is the story of two men; “A Beautiful Day in the Neighborhood” is the story of two men. (“Beautiful Day” was at least directed by a woman: Marielle Heller.)
“There is a systemic belief that stories about men matter more than stories about women,” said Amy Pascal, the former chairwoman of Sony Pictures and the producing force behind “Little Women.”
“I don’t believe that’s true. And I don’t believe that makes something more commercial.”
Every awards season is imperfect in some way — sometimes in multiple ways. And that is not likely to change given the highly unpredictable nature of filmmaking, what gets released when and who makes those decisions.
Sasha Stone, who runs Awards Daily, an entertainment honors site, found herself in the position of defending Globe voters. “Pick a woman, any woman’ seems to be the message,” she wrote in a December 10 column. “Many prominent voices refuse to accept the possibility that the five best movies of the year might be directed by men.”
But Stacy L. Smith, a University of Southern California professor who has made studying gender bias in media her life’s work through the Annenberg Inclusion Initiative, sees the situation differently.
“The Golden Globe nominations are a textbook illustration of leadership bias,” Smith said. “We have a year where women are critically acclaimed, where they are showing off their box office prowess and where there are more of them so you can’t say the talent pool isn’t there.”
She added, “Women were not considered because the template of what it means to be a leader, or a director, is masculine in nature, and it’s about helming male-driven stories.”
At this point, most of the leading Oscar handicappers — Anne Thompson of Indiewire, Glenn Whipp of The Los Angeles Times, Tim Gray of Variety — are predicting that the academy will put forward an all-male field for best director. Other categories could be similar.
While the Screen Actors Guild was saluting movies by male filmmakers on December 11 with its nominations, the most powerful women in Hollywood were uniting over coffee and quiche at The Hollywood Reporter’s annual Women in Entertainment breakfast.
The unstated theme was sisterhood. The power list is no longer ranked. Honoree Reese Witherspoon proclaimed her relief that her days of being the only woman on a set of 150 men were thankfully well in her rear view, thanks both to her growing clout as a producer and her realization that for much of her career she had been siloed from other women. And Wilde, who will direct a comedy for Universal Pictures as her “Booksmart” follow-up, kicked off the festivities with a rousing speech that name-checked a slew of female filmmakers that inspired her this year.
“Hollywood is cracking open its gates to let us in,” she said.
If only the awards institutions would do the same.