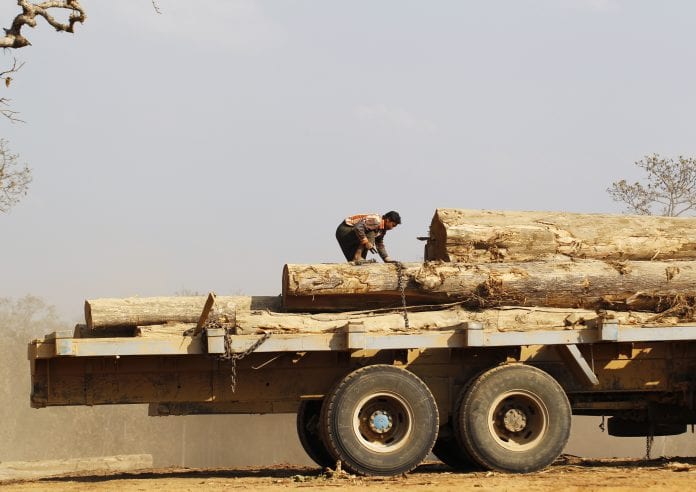 Exports of timber products in 2014-15 fiscal year have dropped $489.54 million following the raw timber export ban in April last year, a 92 percent decrease compared with the same period last fiscal, according to the Ministry of Commerce.

Under the timber ban, the export of unprocessed timber is banned, but processed wooden products are still allowed.

The decrease is driven by the ban on timber log exports introduced at the start of this fiscal year, as the state-owned Myanma Timber Enterprise is shifting from a focus on commercial extraction to forest conservation by ceasing woodcutting operations, U Bar Bar Cho, joint secretary of the Myanmar Timber Merchant Association said, adding that timber products are highly valued as a commodity and suitable for the EU market.

Despite being one of the six goods included in the National Export Strategy as having good economic potential, timber product exports are collapsing. The Ministry of Commerce said it would work with the International Trade Centre to access new markets and seek technical assistance.

He pointed out that still-common illegal timber exports are a problem in accessing the EU market, which enforces strict forestry regulations. The Department of Forestry is planning to monitor this illegal trade.

“The surveillance needs to be maintained until 100 percent of the timber exports are legal. But given the political climate it will not be easy and will be particularly difficult to implement in border areas,” he said.