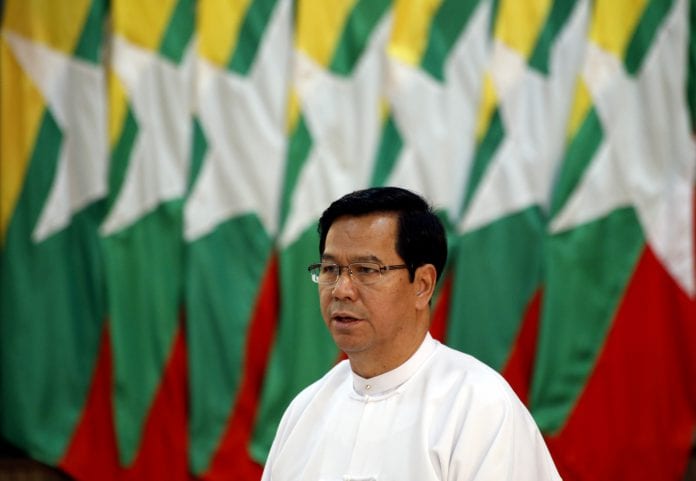 The government has been implementing the recommendations of the probe panel on Letpadaungtaung copper mine project with four action committees, Chairman of the committee for the implementation U Hla Tun said.

The four action committees are dealing with scrutiny of land confiscated, implementation of environmental conservation, socioeconomy, and removal and relocation of religious buildings which fall in the project areas.

U Hla Tun, who is also minister at the President’s Office, said in a press briefing in Nay Pyi Taw that the committee is now giving 283.69 acres (114.8 hectares) of land back to farmers and the process has been completed about 80 percent.

The committee also gave nearly K3 billion ($3 million) to 1,037 farmers as compensation for over 2,828 acres of seized land, he said, adding that the compensation for the remaining land will follow.

The committee is also trying to get ISO certificates, amending previous agreements, reconstructing houses for villagers from removed villages, the minister said.

However, local people are still unsatisfied with land confiscation and relocation of their villages, he said.

Myanmar has also amended the existing profit sharing contract for the copper mine in July.

The Ministry of Mines would receive $5 million for the signing of the new contract from MEHL, he said, adding that Wanbao will use $2 million annually for mine reclamation by opening Escrow Account at Myanma Foreign Trade Bank.