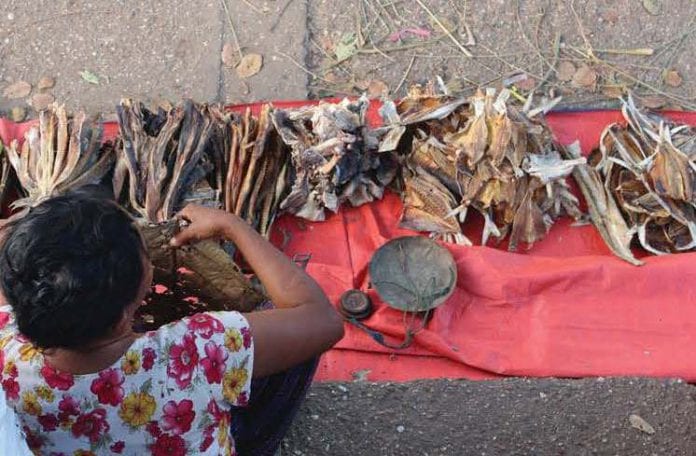 Ngapi, a generic term for fish paste, and dried fish prices have almost doubled due to a scarcity of fish and lack of workers, according to industry insiders.

Many people who formerly worked in the industry have gone to neighbouring countries, especially Thailand and Malaysia, to find better paying jobs, the Fish Paste, Dried Fish and Fish Sauce Producers Association said.

Migrant labourers from poorer regions of central and northern Myanmar, who previously replaced vacancies in the industry, have also left, leaving a void of workers.

The producers of these products are now facing difficulties sourcing workers, according to U Tun Sein, secretary of the association.

“In the past, nine out of ten households in the coastal areas of Rakhine state and Tanintharyi region worked in the industry, but now only 20 percent of the previous workforce continue to work,” he told Myanmar Business Today.

“In terms of procuring raw materials, we are facing competition from crab and other marine product producers,” U Tun Sein said.

Fish paste and dried fish are mostly produced in coastal regions in Rahkine state and Tanintharyi region in Myanmar. While fish paste from Dawei produced by smallholders fetch premium price for their superior quality.

Dried fish producers have turned to river catfish and carp as alternative sources, although these are believed by many to be of lower quality.

As most of the working-age people are immigrating to other countries in search of better wages, the agriculture, forestry and fisheries sectors have been hardest hit, as they are least able to pay higher wages.