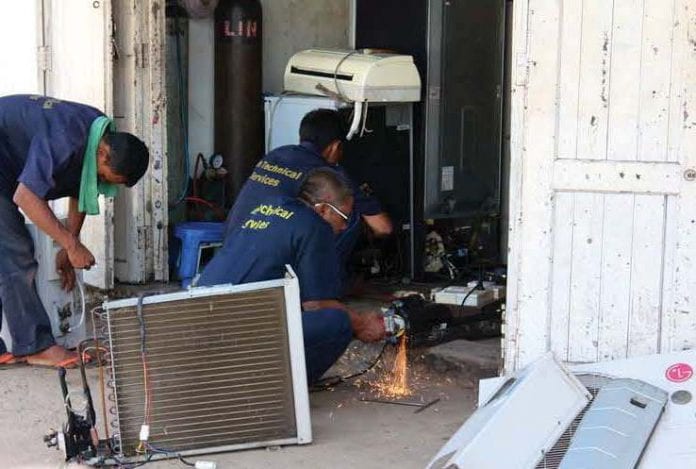 The National Skills Standard Authority (NSSA) has finished the first of the three rounds of the Fast Track Skills Assessments Pilot Project, a skills certification program being implemented by the German Development Corp (GIZ).

The project aims to assess and certify skilled workers to ensure that they are ready for entry into the upcoming ASEAN Economic Community (AEC).

The first round of assessments was executed from July to November 2014, and assessed 157 individuals from 51 companies.

A total of 133 have been issued Level-1 National Competency Standard Certificates, according to NSSA.

“Although we are perfectly competent, we could not get jobs at foreign companies because we don’t have any internationally recognised certificates. Now as training and international certification projects are being implemented we will have better job opportunities. We now have theoretical understanding of our skills,” said Ko Thein Zaw Moe, one of the welders who received training and got a certificate.

Based on the experience gained from the first round of the project, the second and third rounds will be implemented in Mandalay and other towns to cover a wider workforce.

“We are able to develop the standards and regulations for the assessment process based on our experience from the first round of the project,” U Myo Aung, director general from the Ministry of Labour, Employment and Social Security, said.

He said the government will work with companies and other relevant departments to help the workers who got Level-1 certificates to take part in higher-level assessments. There are four levels of assessments.

The second round of the project will cover occupations comprising housekeeping, auto maintenance, and other occupations related to medicine, construction and garment production.

The pilot projects are implemented by NSSA, with support from GIZ and Swiss Contact. The second and third rounds of the project will be supported mainly by GIZ.

NSSA was established by the Ministry of Labour with 14 committees and it has drawn up 173 standards, of which 92 have been approved by the government.