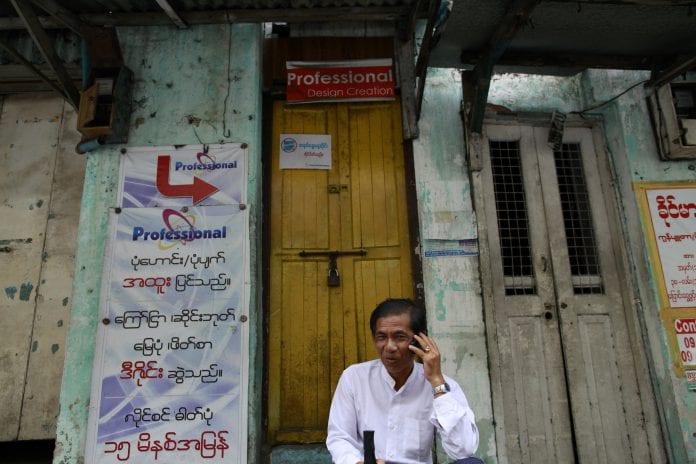 The World Bank Group’s Board of Executive Directors last week approved a $31.5 million credit from the International Development Association (IDA) for a telecommunications sector reform project in Myanmar.

The project will work towards developing the Information, Communication and Technology (ICT) sector “by creating the enabling policy, and the regulatory and legal environment for a competitive telecommunications market,” the Bank said.

“The goal is to expand quality mobile phone access and affordable communications in Myanmar,” the Washington-based lender said in a statement.

“The reform of Myanmar’s telecommunications sector is an integral part of lifting millions of people out of poverty,” said Ulrich Zachau, World Bank country director for Myanmar.

“Today, Myanmar has one of the lowest rates of telecommunications and internet access in the world. The vast majority of people face high costs, poor service or a complete lack of access. This affects poor people and remote communities the most.”

The donor said the project will reform the government-owned Myanmar Post and Telecommunications (MPT) to separate the policy and operational functions of the government to create a more level playing field. It will also help develop and pilot a universal service strategy to ensure the expansion of service to remote communities, it said.

Through the project the Bank also aims to put in place a foundation for “eGovernment” by developing the Myanmar National Portal which aims to provide citizens, businesses and visitors (including foreign workers, investors and tourists) with a single on-line window for government information and services.

Over time the national portal is expected to become a mobile-friendly tool for users to find information in Myanmar language and in English, provide suggestions and feedback about poor service delivery or incidents of corruption, and transact services in an electronic environment.

The Bank lauded the Myanmar government’s steps to reform the telecommunications sector which includes enacting the Telecommunications Law and granting two new operators – Telenor from Norway and Ooreedoo from Qatar – telecom licences.

It said the project will also provide technical assistance to conduct a due diligence review of laws covering privacy, data protection, cyber-crime, and access to and freedom of information. It will identify gaps in these laws and recommend a legal and regulatory framework consistent with international good practice.

Once the sites for piloting the universal service strategy in rural areas are identified, the project implementing agency, the Ministry of Communications and Information Technology (MCIT), will organise public consultations. These sessions are expected to begin in late 2014 and input from participants will inform the pilot design. Two public consultations meetings, organised by the MCIT, were held in Yangon in November.

The $31.5 million IDA credit is part of the World Bank Group’s rapidly growing program engagement with the country it once shunned. During his visit to Myanmar at the end of January 2014, the group’s President Jim Yong Kim announced plans for a $2 billion multi-year development package which will include projects to help improve agriculture, access to energy and health services.