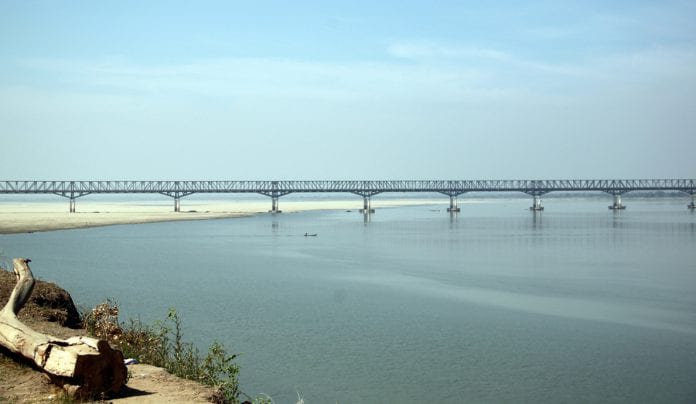 The World Bank (WB) will provide a loan worth $100 million (K100 billion) to develop the Ayeyarwaddy basin, a project which will be jointly handled by the Department of Water Resources and the WB, said U Sein Tun, director of the department.

The project team, which comprises academics and government officials, submitted the loan request to the World Bank last year.

The team also prepared the draft of the environment and social management framework, which was approved by the national assembly – clearing the way for the project to begin.

The first part of the loan is expected to be disbursed in December with the project kicking off in January next year.

“The World Bank will issue a no-interest loan for the Ayeyarwady Basin Development Project. Only a 0.75 percent service charge will be added. … The funds will be divided into phases of 30 percent based on each component of the project. The project is expected to take six years,” U Sein Tun said.

The framework was drafted in accordance with the policy regulations of the World Bank. The project will streamline inland water transport and build weather information centres, which will monitor the impact of climate on the people living in the areas along the river, he said.

“The project is based on the assessments of the project’s impact on the socio-economics of the basin. The loan does not have to be repaid for 10 years. We have models to evaluate a country’s potential to fulfil its financial liabilities, whereas Myanmar has a good credit rating,” said Abdoulaye Seck, World Bank country manager for Myanmar.

The project will be implemented in three stages include elements such as support systems for water resource management teams, capacity building, improving information systems and safeguarding transportation routes along the Ayeyarwaddy river.