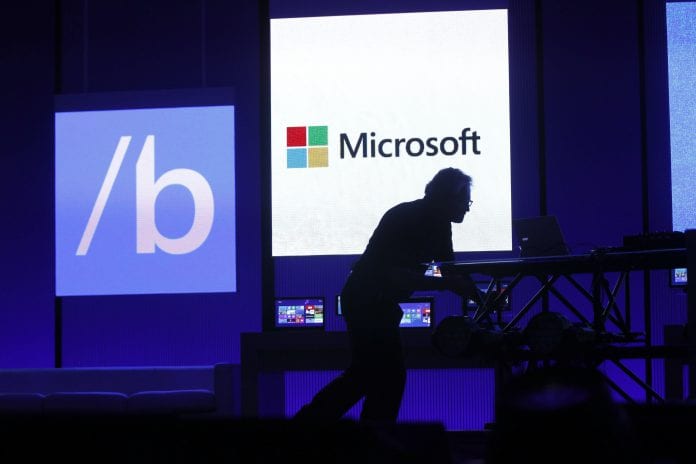 Yahoo Inc Chief Executive Marissa Mayer tried to slow the rollout of its search deal with Microsoft Corp and questioned its partner’s commitment, court filings show, in the latest sign that their strategic relationship is fraying.
A US judge ruled last week that Yahoo must adopt Microsoft’s search technology in Taiwan and Hong Kong under their partnership, forged in 2010, to try and lessen Google Inc’s dominance in search advertising.
The ruling, which comes roughly two months after Microsoft CEO Steve Ballmer announced plans to retire within 12 months, hints at a widening gulf between the two companies at a time when both are re-setting their strategies and trying to adapt to changing market conditions.
Yahoo, which has been critical of the partnership in the past, said it wanted to hold off switching to Microsoft technology in certain markets until Mayer had a chance to discuss the partnership with Ballmer’s successor, according to a court filing.
“We had a narrow disagreement regarding the Search Alliance rollout in Hong Kong and Taiwan. We have unwavering plans to continue investing in the Search Alliance, now operating in more than 20 countries, and the Bing platform, which is central to our latest products,” Microsoft said in a statement last week.
Yahoo declined to comment on what it called an ongoing legal matter.
Yahoo and Microsoft began a 10-year search partnership in 2010, before Mayer took over as Yahoo’s CEO. The two companies hoped their combined efforts could mount a more competitive challenge to Google, the world’s No.1 search engine.
The partnership has not lived up to expectations. Google still controls roughly two-thirds of the US search market, while Microsoft and Yahoo’s combined share of the market is essentially unchanged at just under 30 percent.
Yahoo has switched to Microsoft’s search advertising platform in 14 of the 16 global markets, the judge’s ruling said. The final two markets, Taiwan and Hong Kong, were slated to switch to Microsoft in October.
But Yahoo informed Microsoft on September 20 that it was not proceeding with the transition, and noted that it hoped to proceed in early 2014.
“If we decide a new CEO has the same commitment that Steve Ballmer had, then we will go forward with the transition,” Yahoo Senior Vice President of Search Products Laurie Mann is quoted as testifying in the court filings.
US District Judge Robert Patterson Jr upheld an arbitrator’s earlier ruling in favor of Microsoft, which found that Yahoo’s “breach of the agreement ‘established irreparable harm to Microsoft.’”
Mayer has criticised the partnership in the past. “We need to see monetisation working better because we know that it can and we’ve seen other competitors in the space illustrate how well it can work,” Mayer said at an investor conference in February.                      Reuters