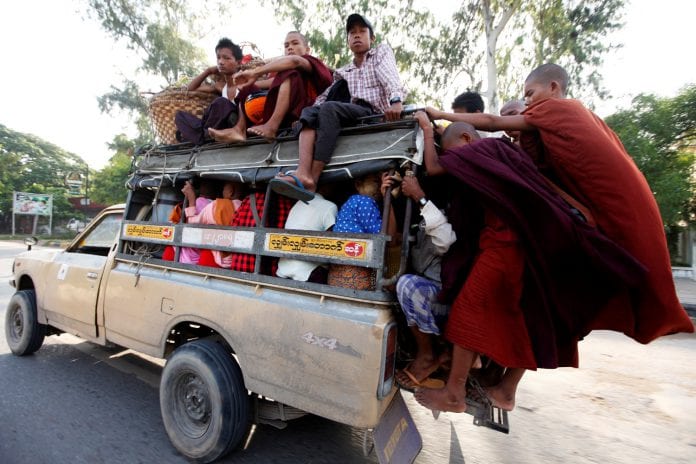 Hilux pickups in 33 townships of Yangon municipal area will be replaced by mini buses at the end of February, according to the Yangon All Bus Lines Supervising Committee.

There are about 804 Hilux vehicles operating in Yangon, he added.

As part of the efforts to reduce traffic jam in suburban Yangon, Myanmar has recently completed three major overpass bridges in the most traffic-congested areas.

According to the city’s road transport administration, the number of motor vehicles operating in Myanmar stood at 3.9 million as of September 2013, including 3.347 million motorcycles, 382,816 passenger cars, 102,537 trucks and 20,504 buses.

Yangon has a population of over 6 million and an area of 795 square kilometres.   Xinhua