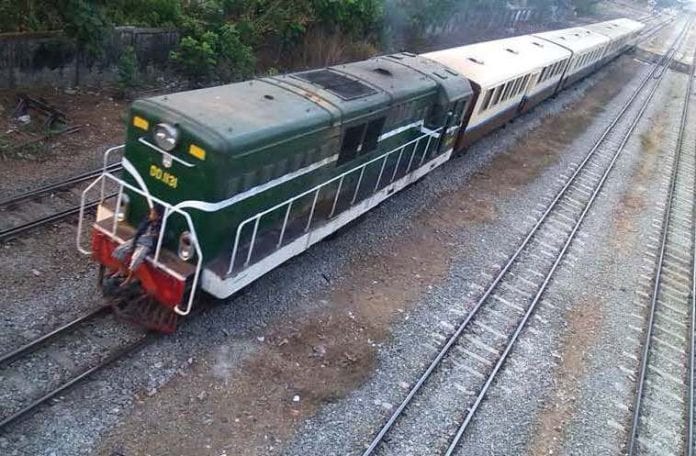 Yangon’s circular rail lines are running at a loss to the tune of K1.5 million ($1,500) per day as the operators are forced to keep the ticket prices low to allow the majority low-end commuters use the service.

“We are unable to raise rates because most riders would no longer be able to afford to use the train [if we do],” U Zaw Phay Sein, assistant general manager for transportation, Myanmar Railways (Region 7), told Myanmar Business Today.

“Diesel, brake and engine oil prices continue to increase. Our daily operations cannot even cover the fuel costs. We need to earn twice the amount used for fuel to break-even,” he said.

Three circular lines and 13 others run daily, travelling over 150 miles each, which is almost equivalent to the distance from Yangon to Taungngu in Bago region. Everyday, each train burns over 100 gallons of diesel fuel, a train conductor who works on the Yangon’s central station’s Hlawga track, said.

The train lines earn daily K7 million ($7,000) from fares, while the expense from fuel amounts to K8.5 million. Fares for train lines vary from K100 for an ordinary class ticket up to K200 for upper class and K300 for air-conditioned cars. Currently, three air-conditioned trains, two upper-class trains and 18 ordinary class trains do a combined 216 daily runs through 80 stations.

According to Myanmar Railways, on average 85,000 commuters rely on the train service on a daily basis.

The plight of the circular trains is bound to be an issue not easily solved. The economic profile of the average Yangon train commuter is that of a low-income earner that relies on the inexpensive service to travel to work and around town. It also puts into question the government’s ability to privatise Myanmar’s rail service given its consumer profile.

“I take the ordinary train to work everyday. I have to buy the ticket only one time because it is valid for the round-trip. I can’t afford to buy K200 or K300 tickets,” said one daily commuter who rides the train to and from South Okkalapa and Bogyoke Market for work.

U Zaw Phay Sein said collecting the fare for each trip instead of applying round-trip tickets could almost double fare revenue, which can help cover the fuel costs and even help the department attain break-even.