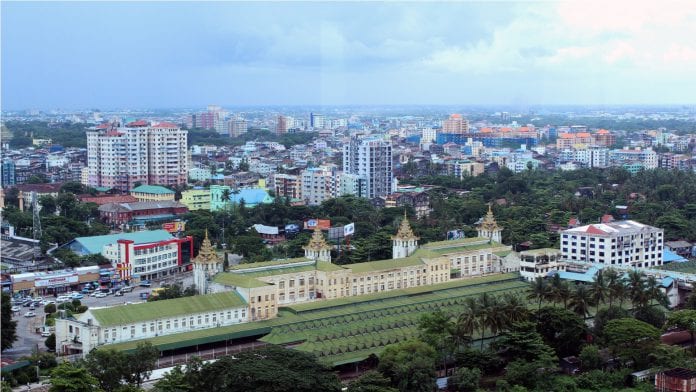 Yangon Expansion Project has been indefinitely suspended on the last day of a special session of the regional parliament.

According to realtors, some potential land buyers have given up plans to buy land in the project area by forfeiting the deposits after U Hla Myint, mayor of Yangon, announced the suspension.

The mayor surprised the regional parliament by announcing the city expansion project in early September.

The mayor had earlier called for a special session of the regional parliament to deliberate the project but later withdrew it.

“The project has been suspended. You should understand what this means. There is no timeframe,” U Hla Myint replied to the reporters when asked how long the project would be in hiatus.

Regional parliament members said they were surprised to find that the project was suspended despite the proposal of a special session to discuss it.

“We have sent 17 questions to the regional government and it suspended the project after contemplating the questions,” said Dr Nyo Nyo Thin, an independent member of the regional parliament.

The regional government submitted a request to suspend the project to the speaker of the parliament, who approved the request after getting the vote of the lawmakers, she explained.

The project has prompted outcry from the public due to failure to follow regulations, and also its lack of transparency over contract agreements with Myanma Say Ta Nar Public Co, the company set to handle the project.

“This is good news. We have warned the regional government that the project will only benefit the selected company with billions of dollars,” Dr Nyo Nyo Thin told Myanmar Business Today.

The project would take three years even to finish 70 percent of the plan so it would get into the next government’s term when it could well be halted even if it was initiated now, some parliament members speculate.

The project was to be developed over 30,000 acres of land located beside the Hlaing Tharyar-Twante highway between Pan Hlaing river and Twante canal on the opposite bank of Kyeemyindaing township west of Yangon where it is planned to include low-cost housing, universities, high-end shopping malls, economic zones, office spaces, highway bus compounds, schools and a harbour that can receive 50,000-tonne ships.

The multibillion-dollar project would provide jobs for over 400,000 labours throughout the project period, the mayor has previously said. He even submitted the project proposal to the president, claiming popular support.

The possibility of conducting an open-tender competition for the project has been abandoned along with the suspension of the project. However, as of September 26, sales of land in the proposed area still occur, mostly to ethnic Chinese buyers, U Soe Min, a resident of Kalauk Chaik village in Twante township told Myanmar Business Today.