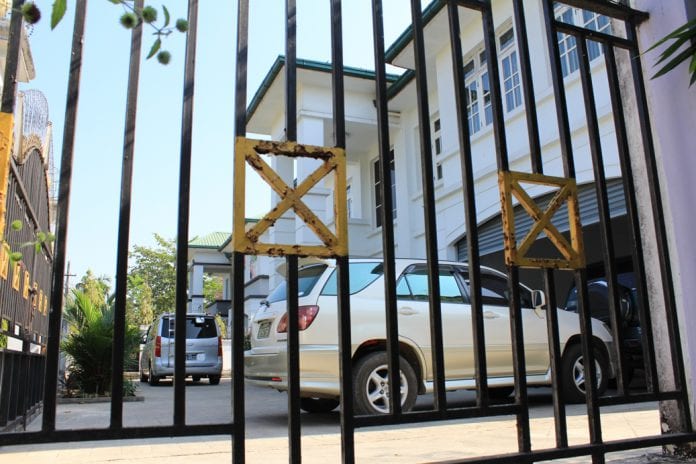 The Customs Department will collect rent taxes on landlords who rent to foreigners according to the contract in the upcoming 2015-16 fiscal year, said U Myo Min Zaw, assistant director of Yangon Regional Customs office.

“We collected rent taxes previously. But the rate of house rental by the foreigners has increased since last year. Previously, there were few foreigners but as the policy have changed and investors have flowed into the country, the number rose greatly in recent years,” he said.

For the taxation fees, the department will collect according to the commercial tax rate. The tax will be collected from the owner after excluding the basic exemption, renovation cost, and exemption for family. There is tax exemption for landlords who have income below K20 million per year and the department will collect only from those who have incomes above that.

“According to 2014 Union Taxation law, all income must be taxed. The ministry will collect taxes wherever appropriate, but there are some people who are exempt. There is a K5 million deduction for married couples and K3 million for children,” said U Zaw Myint Aung.

For rent collected in foreign currency, the authorities will impose taxes according to the Central Bank’s exchange rate. Because housing prices are highly inflated for foreigners, this influx of taxes might benefit the state. However, this will cause difficulties for the local middle and lower classes, priced out of the housing market, said U Than Oo, vice chairman of Myanmar Real Estate Agencies Association.

“This is a sound policy as it will be implemented according to specific guidelines and a specific timeline. We have also submitted suggestions for some restrictions to ensure the convenience of middle and lower classes,” said U Than Oo.

Thirty percent of Yangon residents rent rooms, even though rental prices are surging every year. Some analysts have suggested the government setting controls on rental fees.

Tax collection on property rentals is still limited and the local governments are preparing to further analyse and expand the tax base. According to the statistics of the Ministry of Finance, the government receives only K100 billion a year in taxes from the property sector. The authorities face many hurdles in verifying rental fees due to the increasingly widespread practice of landlords persuading the tenants to record a rent lower than what they actually pay to reduce tax payments.

Few landlords pay taxes on their income from property rentals and the government is losing revenue except for a meagre sum from the stamp duty that is mandatory for transaction documents.