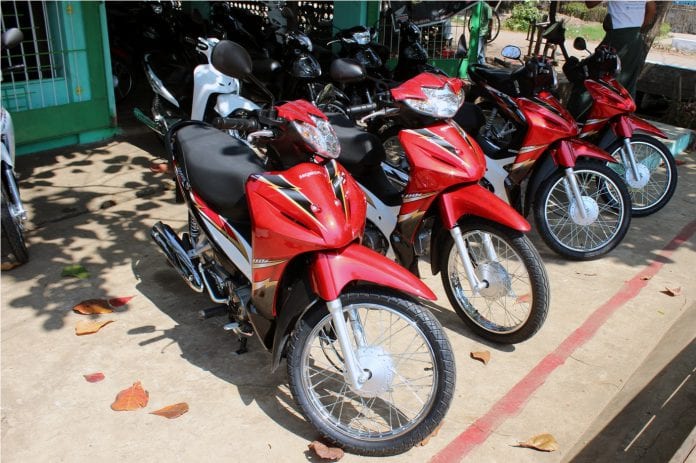 From January to August this year, nearly 3,000 rule-breaking motorcycles have been impounded in 33 townships under the territory of Yangon City Development Committee, chief officer Zaw Min Htun of No.2 Traffic Police Station told Myanmar Business Today.

“There are nearly 3,000 motorcycles seized including both licensed and unlicensed ones,” he said.

A total of 2,933 motorcycles during the period have been referred to relevant general administrative office where licensed bikes can be claimed back by the owners with a fine, while 400 unlicensed ones among them will be appropriated as the state property, according to No.2 Traffic Police Station.