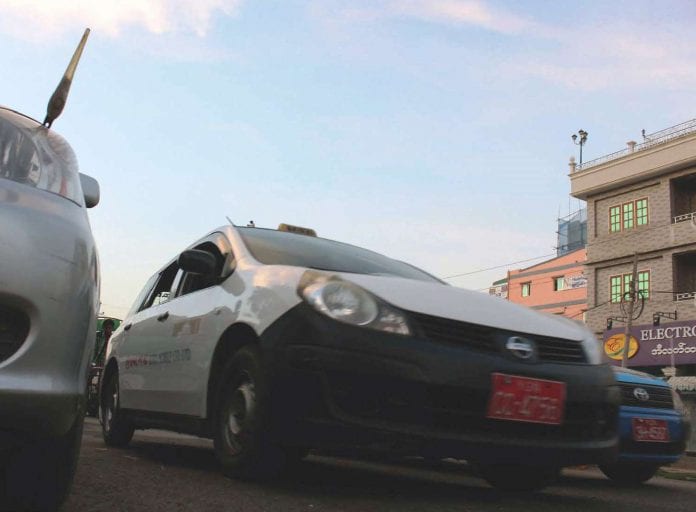 A trial to determine the viability of taxi meters will start in June in Yangon, performed by one independent company under the auspices of Yangon region’s Ministry of Transport.

The Analytics Company, an IT firm based in Yangon, will implement systems designed to improve the fare collection and safety of Yangon taxis. The trial will begin next month, according to Ko Khant, project manager of the firm.

The Ministry of Transport of Yangon region has asked the company to run the trial, and if successful, the firm will implement the system.

The meter service is set to begin with 100 taxis, but the standard charge, a major point of contention, is yet to be decided.

Currently, taxi charges are extremely variable, and negotiated with the driver, depending on many factors, including number of passengers, traffic and apparent wealth of the passengers.

Other systems will accompany the taxi meter, Ko Khant said. “A GPS system will be installed on the taxis, followed by continuous monitoring. This could prevent accidents. In addition, a telephone taxi hailing service will also be adopted.”

One taxi driver said that the meter system would not be successful, as it does not account for the traffic jams occurring in Yangon on a daily basis. Use of taxi meters would encourage taxi drivers to sit in traffic for longer to gain higher fares, he added.

However, many complain that negotiated taxi fares encourage taxi drivers to reach destinations as quickly as possible, resulting in reckless driving.

In Myanmar, taxis previously ran on a meter system, but this was abandoned.

U Hla Aung, chairman of Motor Vehicle Regulation and Maintenance committee (Ma Hta Tha), said, “If the passengers are to use the meter system the price has to be reasonable. The system should be carefully implemented as the traffic jams could jeopardise the system.”

According to the registration data from MaHtaTha, there are about 47,300 city taxis in Yangon.