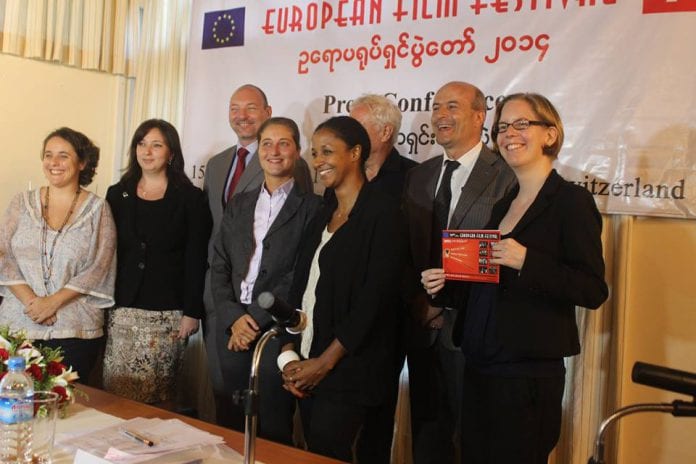 The European Film Festival 2014 will be held in Yangon from September 25 to October 5, the European Union Delegation to Myanmar announced.

A total of 10 movies will be showed from six European countries – Italy, Germany, France, the UK, Ireland and Switzerland – and Israel at Nay Pyi Taw Cinema Hall in Yangon.

Besides, five documentary films from Wathann Film Festival will also be shown before each screening

The festival will act as a bridge between the cultures of Europe and Myanmar, the Embassy of Switzerland in Myanmar said in a statement.

The tickets are available for free at the Nay Pyi Taw Cinema and can be bought one hour before screening.

Tickets are available at the Nay Pyi Taw cinema for free. They can be taken 1 hour before starting the show.

Films will be shown twice a day. The genres range from thrillers and dramas to comedies, and there is even an animated movie for children to enjoy.