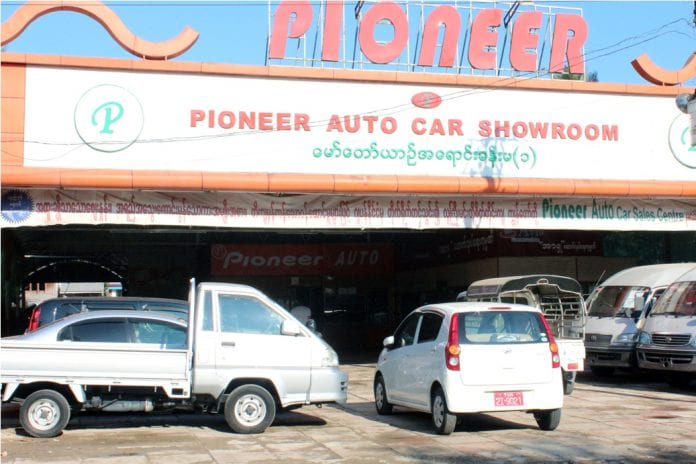 “Yangon Regional government discussed the issue and came to the decision yesterday. This applies to everyone, including those who live in condominiums, companies and organisations. We decided to add these restrictions as there are too many vehicles in the city due to the government allowing the import of automobiles, ”said Dr Maung Aung.

Additionally, starting from January 20, the ministry will not issue import permits to individuals who import automobiles without proper licences. Instead, the authority will issue the licences within three months of application, said U Thet Htwe, director of the automobile inspection group.

This is because the importers apply for the licence after they have imported the automobiles and jam the port with them, he said.

“This doesn’t mean we cease the import permits. We just don’t issue permits to those individuals who have imported cars without a licence. We decided to make this announcement to deter those who import automobiles without licence and then they apply after the automobiles reach the port,” said U Thet Htwe.

To import autos, the authorities currently give permits which are valid for three months, and the licence holders can extend their permit for another three months. There will be no permit extension in 2015.

Currently, the automobile importers often apply for import licence after the vehicles reach the port and use the port as an automobile showroom.

According to the authority, they take action according to the customs law to against those automobiles which were imported without a permit or beyond the permit term.

Besides, setting the CIF value for the automobiles at the port might take an extended periods of time, as it requires calculating the charges for port according to the car model, taxes, and application fees for Inland Transport Authority and fees to the banks according to the rate set by the Ministry of Commerce.