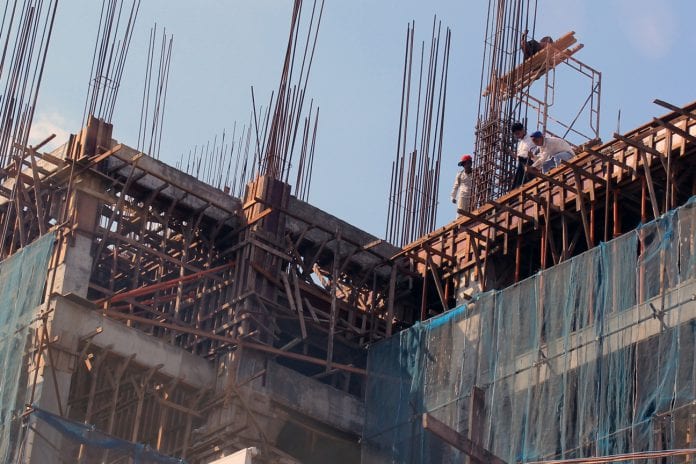 The Yangon City Development Committee (YCDC) has approved over 7,000 new construction permits so far in 2014-15 fiscal year and the number is expected to pass over 10,000 by the end of this fiscal year, according to an official from YCDC’s construction department.

“We haven’t set any quantity limits for approvals. It depends on applications. Our priority is to deter illegal construction. A building with up to three storeys can be constructed without a contractor licence, but to build higher buildings you need to have a contractor licence and the approval of the township’s official engineer,” said the official under the condition of anonymity.

“As the bylaws regarding illegally constructed buildings in Yangon city has been passed, we will take punitive measures against such buildings or projects where they can be even demolished,” he said.

Projects need to be verified as meeting the necessary endurance and safety standards by the township official engineer to be eligible for official permits. The concerned officials will face charges if they fail to take action against illegal construction in areas of their responsibility, the official said.

Contractors have to get their assets scrutinised and deposit a K50 million guarantee with YCDC to obtain operation licences in the jurisdiction of YCDC and they will have to forfeit the deposit if they violate regulations or carry out unapproved construction.

Over 2,000 cases of undocumented construction are currently being sued by the authorities in Yangon, but the contractors are taking advantage of the loopholes in the regulations where they continue their projects by paying a daily fine and illicit deals with officials until the project is finished and every housing unit sold out.

Often, the landowners and people who have bought apartment units in the disputed projects are left to face the consequences.

“Contractors think they can pay off YCDC by paying daily fines while continuing their illegal construction. With a K10,000 daily fine, it will cost them about K1.8 million for six months, during which they can finish the projects and make more than enough to cover the fines by selling just one apartment unit.

“After the construction is finished, they leave the land owner behind with the legal charges,” said the official.