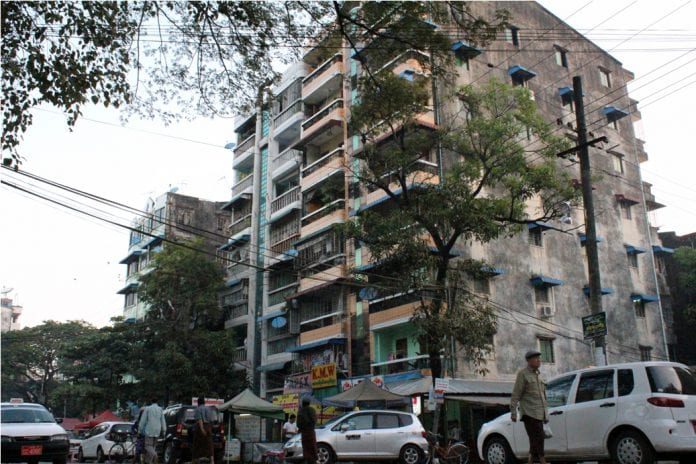 The Yangon City Development Committee (YCDC) is suing the owners of over 2,000 buildings and the committee will take actions including ceasing electrical service or forcing demolition, said chief officer U Than Htay from the YCDC Engineering Department.

“We are currently taking action against buildings which were constructed illegally. We have issued instructions for demolition in some places. Currently, we have demolished 37 buildings and most of the buildings are sued in court,” he said.

The committee had previously issued warnings in local newspapers that YCDC would revoke licences for those who undertook unauthorised construction, and the committee is following through on its warnings, said U Than Htay.

The engineering department is also collaborating with the Yangon Electricity Distribution Board to cut off electricity to the illegally constructed buildings.

YCDC has issued orders stating that there must be at least one foot of space between buildings and that buildings may not be extended into existing alleyways. They have also required new buildings to be built with consideration for parking spaces, to cope with the growing number of cars in the city.

U Tin Than Oo, an economist and lawyer, said, “It will create difficulties for the public when they sue and demolish the buildings all of a sudden. House owners will face an increase in house rental cost, building contractors cannot pay their own rent, and the buyers who have pre-ordered apartments will lose their money. And there’s a question for YCDC: Why they did not scrutinise this cinstruction at an earlier stage? In 1992 or 1993 YCDC always scrutinised construction carefully from the beginning of the building process. Not anymore.”

Since 2011, over 200 construction and engineering companies have had their licences revoked by YCDC.