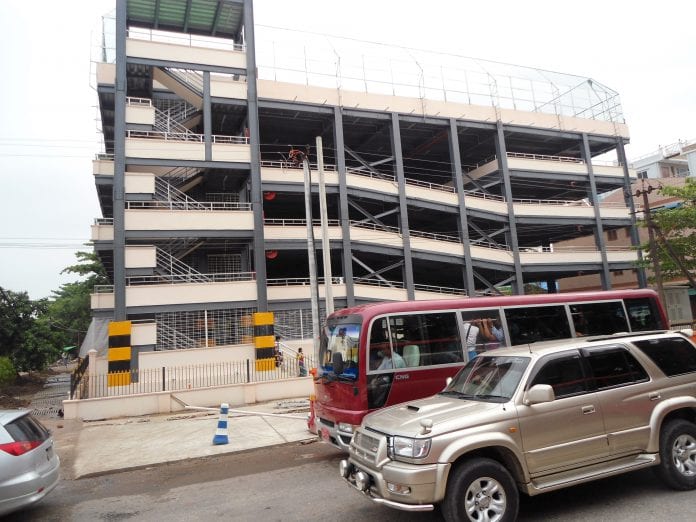 Each parking building has four stories and is capable of holding 141 cars, according to one official of Engineering Department of YCDC.

“The traffic is tight on these roads. There are no parking places. The cars park on the roads and causes inconvenience to the public. We hope traffic problems will be solved to some extent with the multi-storey car parks,” he said.

The four-storey buildings have a playground for children and a football field.

They will be open between 6am to 9pm and the parking fees will be K100 per hour.

U Nay Win, deputy head of YCDC’s Engineering Department, said that cars over seven feet tall will not be allowed to park.

The cars which do not have number plates issued legally will not be allowed to park, YCDC said.

The buildings began construction in October 2014 and finished in March.

Tenders have been called to construct more parking stations on the lands owned by YCDC.