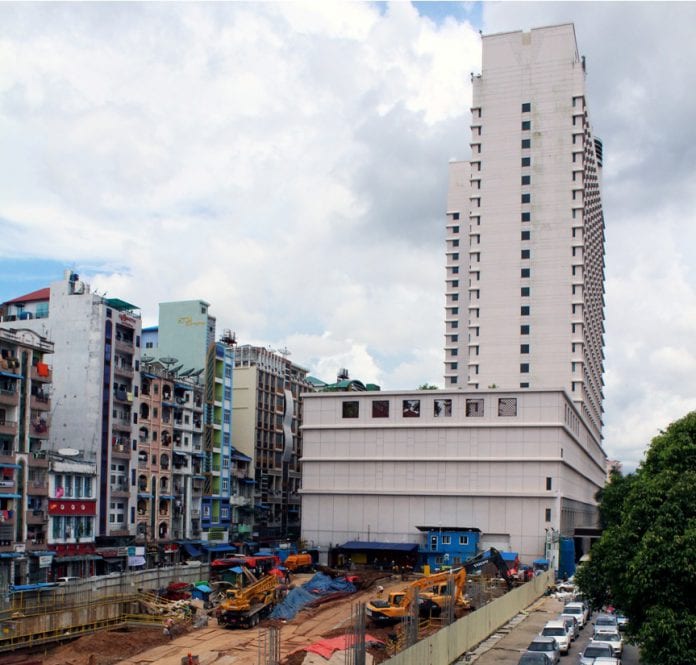 As the population in Yangon grows denser, the government is planning to expand the city’s area, ease regulations and grant more permits to develop high-storey buildings in the current fiscal year, according to Yangon City Development Committee (YCDC).

Despite the rise in officially approved constructions, YCDC has to be vigilant about the increasingly rampant illegal construction, which operates without official approvals, an official from YCDC said.

“Although illegal constructions without permits are being cracked down upon, uninformed land owners do not inquire about official permits, leaving the contractors free to start building and selling apartments in advance,” the official, who asked not to be named, said.

Joint-venture-like deals between contractors and land owners, where contractors provide land owners with apartments as payment for land, are increasingly conducted in Yangon, especially in Thaketa, Dawbon and South Okklappa townships.

Although easing of restrictions and requirements have shortened the time allotted to process permits, lack of inspections and enforcements over the types and strengths of buildings, along with ineffective technical evaluations, are worrying the residents of high-storey buildings. Leading contractors and land owners are now questioning how the government will address this issue.

Construction and real estate industries have thus far received the largest amount of investments from local investors, as Yangon, with its surging demand for housings, is providing good prospects.