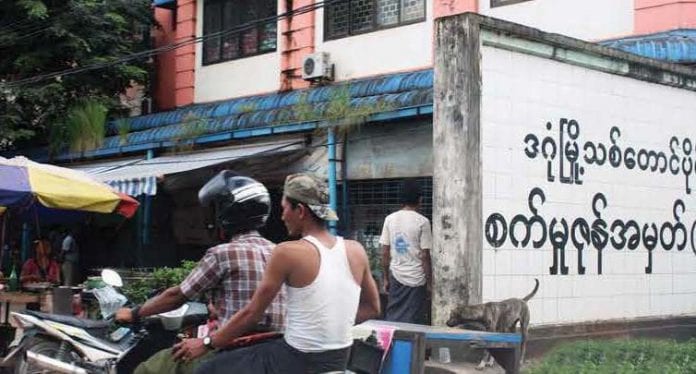 Government authorities will conduct environmental inspections on the factories operating in the industrial zones in Yangon region late this month, according to the Environmental Conservation and Sanitation Department of Yangon City Development Committee (YCDC).

The inspection campaign, the second conducted under the current government, will inspect and evaluate the industries’ adherence to the regulations regarding disposal of waste water other waste products in Yangon’s 18 industrial zones.

The upcoming inspection campaign will cover new factories and those located outside the industrial zones in addition to the ones already covered in the last inspection.

The findings of the first inspection in 2012 showed that only 39 factories followed all regulations while 2,054 factories had no waste water sanitation treatment plans and the other 167 factories neglect certain regulations but dispose of waste water in designated areas.

“We don’t have to prepare ahead of the inspection as this is a normal procedure. What we have to do is to notify the owners of the lands where no project has been implemented,” U Myat Thin Aung, chairman of Hlaing Thar Yar industrial zone told Myanmar Business Today.

“Vacant land doesn’t generate any revenue and hurts the growth of the zone as well as the country in general,” he added.

On some plots of land slated for industrial use no operations have started even after having been designated as “industrial land” for more than 15 years.

Authorities have been collecting data to reclaim misused industrial land in a bid to cool down the spiralling industrial property market.