YESB to Give 24-Hour Electricity to Industrial Zones 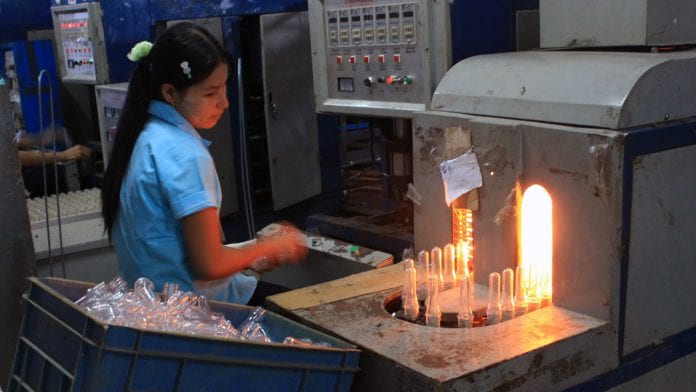 The Yangon Electricity Supply Board (YESB) will ensure uninterrupted electricity supply in Yangon’s industrial zones despite frequent power cuts in many townships in the commercial hub of the country, a top official said.

“Industries are the main driver of our country’s GDP and electricity is essential for industrial zones to operate. So, we will give priority to them this year,” U Aung Khaing, chairman of YESB told Myanmar Business Today.

Recently, YESB announced that there will be frequent blackouts in some parts of Yangon as it expands it network and carries out maintenance work on its power grids.

The government recently hiked the electricity prices since April 1 in a bid to curb the rising subsidies for electricity generation despite huge public outcry.

“I have nothing to say about the electricity price hike. All we need is regular electricity,” U Myat Thin Aung, chairman of Hlaing Tharyar Industrial Zone, said.

“Last year, we had to even suspend our operations because of blackouts. But, the electricity supply is becoming quite regular these days,” he added.

Last year industrial zones had to cut down operation hours, hike prices of products and were not able to provide overtime pays to the labourers, U Myat Thin Aung said.

Recently, YESB was hammered with blackout complaints as it was only able to distribute about 800 megawatts (MW) of electricity in Yangon, which is only 60 percent of the overall demand in summer.

The authorities said they will be able to provide round the clock electricity to the households in Yangon very soon.