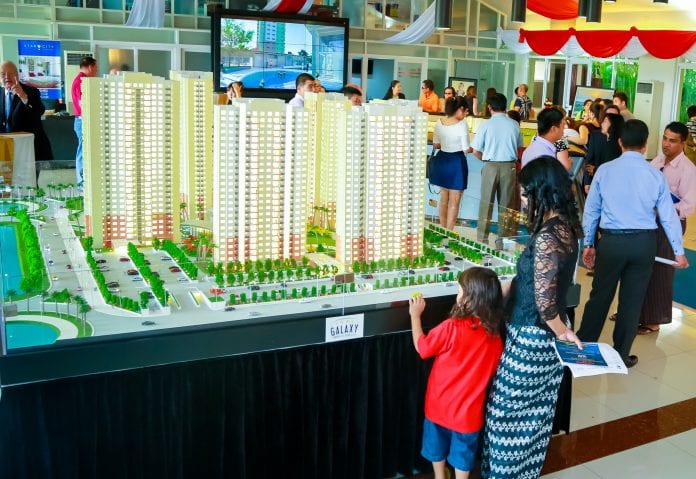 Almost 20 percent of the first release units of Yoma Strategic Holdings Ltd’s new residences at its flagship Star City project were reserved during the initial 24 hours of sales, the Singapore-based, Myanmar-focused conglomerate said.

Yoma claimed it experienced “strong” sales at Galaxy Towers as it opened sales in mid-February and that “dozens of apartments were purchased with 5 percent cash deposits” during the first two days of sales.

“We were confident apartments at Galaxy Towers would sell quickly, and our expectations for the first weekend of sales were fully met,” said Elmar A Busch, co-head of Yoma Strategic’s real estate division.

More than 300 interested homebuyers and investors pre-registered and arrived on the opening day, with a total of 700 visitors over the weekend, Yoma said. To meet requests of interested buyers, the group decided to extend the 2 percent opening day discount for the remainder of the opening week.

Construction of Galaxy Towers is underway and completion is targeted for summer 2017, Yoma said. The development’s 954 apartments are a mix of one to four bedroom layouts from 728 to 2,200 square feet.