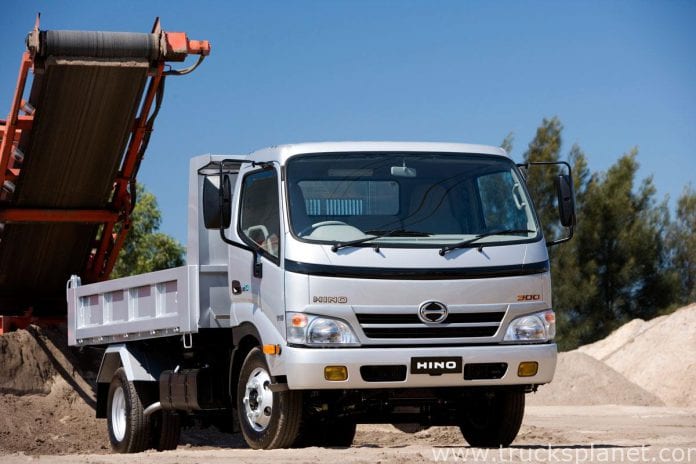 The proposed joint venture, subject to the approval of relevant authorities, is expected to be 60 percent owned by Sumitomo Corp, 20 percent by Elite Matrix, a wholly-owned subsidiary of Yoma Strategic, and 20 percent by First Myanmar Investment, a subsidiary of Serge Pun & Associates (Myanmar) (SPA).

Yoma Strategic said its involvement in this joint venture will serve to further broaden the company’s burgeoning automotive interests in Myanmar.

“This collaboration with Sumitomo Corp is but the latest in a long partnership history between Sumitomo Corp and the SPA group of companies,” Yoma, which has a significant range of operations in Myanmar, said.

Hino Motors, a Toyota Motor Corp company, is the largest manufacturer of heavy- and medium-duty trucks in Japan, with sizeable market shares in Southeast Asia and Australia. Worldwide sales of Hino-brand products amount to 130,000 vehicles annually. In Japan, Hino is widely preferred for heavy, medium and increasingly, light duty trucks.

Andrew Rickards, Yoma Strategic’s chief executive, said Yoma is confident in the prospects of its partnership with Sumitomo Corp to distribute and service Hino brand trucks and buses in Myanmar.

“We have seen demand for robust trucks with good load capacity grow in tandem with the economy and with the continued improvements to infrastructure, we expect this momentum to sustain,” Rickards said.

“Many major vehicle manufacturers are now eyeing the Myanmar market at the back of the vehicle demand growth spurt. We believe that this is a right step for us in our efforts to strengthen our automotive portfolio, in line with our longer term plans to become a significant player in the automotive industry in Myanmar,” Rickards added.

Yoma’s business interests range from real estate and agriculture to automotive and luxury tourism in Myanmar and China. Together with its partner, the SPA Group, the group said it’s taking a conglomerate approach to build a diversified portfolio of businesses in Myanmar.

Listed in Tokyo, Osaka, Nagoya and Fukuoka stock exchanges, Sumitomo engages in a wide range of businesses that fall in industries including media, resources and transportation systems. Incorporated in 1919, it has an established presence in 116 locations including 65 overseas and 24 in Japan.