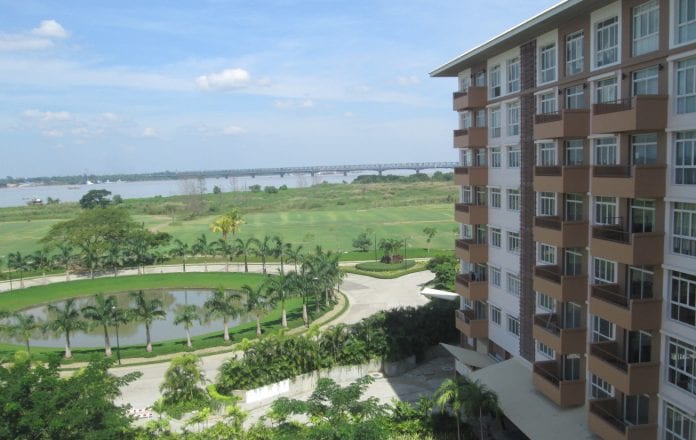 The company will build one international school in Thanlyin township in areas adjacent to the group’s Star City development area, and a premium early years centre within its Pun Hlaing Golf Estate (PHGE) residential development in Hlaing Tharyar township in Yangon, it announced.

Yoma said it has reached agreements with Thanlyin Estate Development Ltd (TED), a company in which the group holds a 70 percent economic interest, to open the school in Thanlyin by August 2015.

The project will be undertaken by Yoma Strategic and Education Index Management (EIM), overseen by UK-based Dulwich College International with Dulwich College in London as educational adviser. Yoma said it is also in talks with a local education group to operate a private local school in Thanlyin area.

The company said the influx of expatriate families into the country and the increasing demand of Myanmar citizens seeking private education options for their children are expected to drive demand growth for high-quality international education while supply is currently limited.

Out of an estimated 8.5 million school-age children in Myanmar, only 3,200 students are enrolled in five premium international schools, according to a report by local market research firm Thura Swiss.

UK Ambassador to Myanmar Andrew Patrick, said “British education is recognised worldwide as representing the very highest standards; that is why I am delighted that one of the UK’s most respected school groups will be supporting the development.”

The international school is expected be a full-service international school catering for ages 2 to 18. The group will develop the school buildings and facilities which will be leased to the school. These buildings and facilities will include modern state of the art classrooms, a performing art centre, swimming pool, gymnasiums and sporting grounds, Yoma said.

The private local school aims to launch a Myanmar school delivering the Myanmar National Curriculum under the Private School Registration Law 2011, with modern teaching methods and additional educational and extra-curricular content, Yoma said. The group will develop the school buildings and facilities which will be leased to the local school.

Andrew Rickards, CEO of Yoma Strategic, added, “We believe that the provision of a high-quality international school and a top local school will meet the educational needs of Star City residents and thereby strongly enhance the value of the Star City development.”

The group will have a 70 percent interest in the development of the international school and the local school.

The company said it has also formalised plans to develop premium educational facilities within its Pun Hlaing Golf Estate (PHGE).

It said it has entered into a deal with British education group Harrow International Management Services (HIMS) to manage an Early Years Centre on a four-acre site in PHGE. There are existing school facilities on the land which will be used for the Early Years Centre.

Patrick said the partnership will “provide jobs and training for the local community.”

“The presence of an international school and the provision of high quality education will be of great benefit to the residents in the local community including the residents in PHGE,” Rickards added.