HomeMMBIZ NewsYour Myanmar Taxes – Should You be Paying?
MMBIZ News

Your Myanmar Taxes – Should You be Paying? 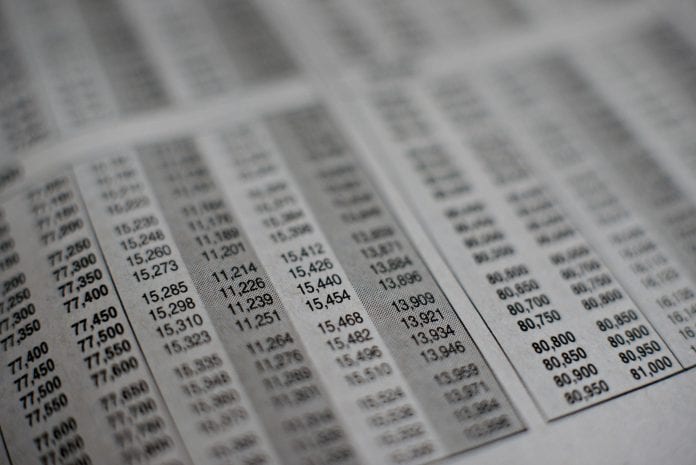 It is common for foreigners to work in Myanmar while traveling in and out of the country on tourist visas. According to these workers they’re technically tourists and shouldn’t have to pay Myanmar income tax. Is this correct?

According to the Taxation law, every person has to pay income tax when they have a source of income in Myanmar.

In fact, whether you are required by law to pay income tax in Myanmar has little to do with the visa you were granted at the airport. All income you earn in Myanmar is taxable. The amount you pay depends on whether you are a resident or not and the kind of income earned.

Let’s start with your residency status. If you are a foreigner and have been in Myanmar for at least 183 days during a tax year, you are considered a resident of Myanmar. For the purposes of Myanmar tax, an individual’s tax year is April 1 until March 31.

Resident foreigners working for companies that are not formed under the Foreign Investment Law of 2012 pay income tax on salaries at progressive rate from 0 to 25 percent. Here’s how the brackets look [Table 1]. 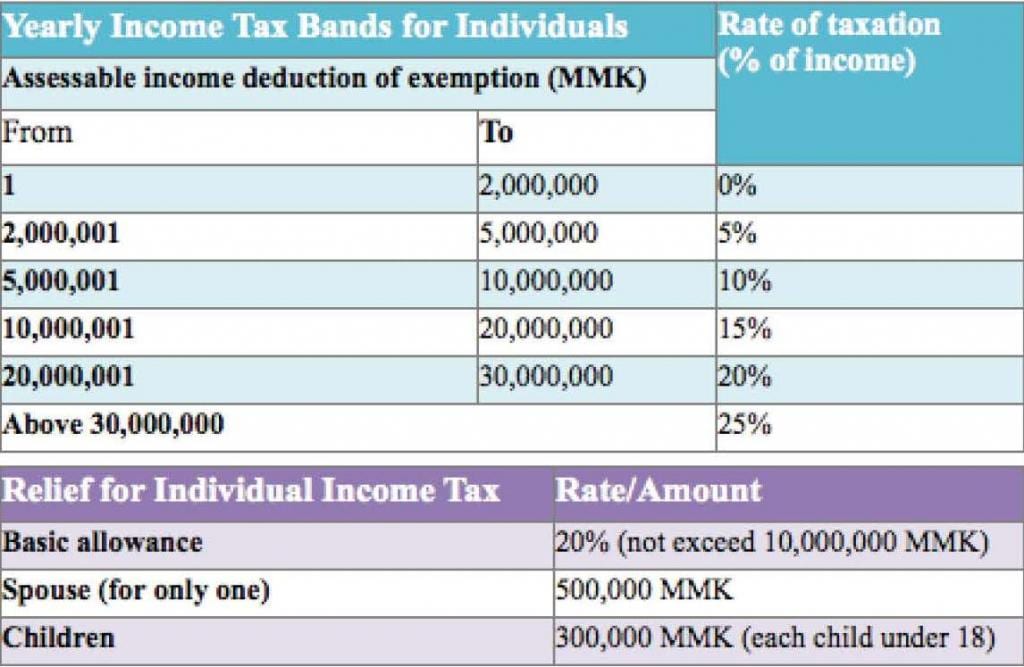 Some income in this category is exempt. In other words, it isn’t counted when the government calculates your total tax bill. Dependent children under the age of 18 allow a tax payer to claim a K300,000 exemption per child. If the taxpayer has a spouse, there is a K500,000 exemption.

If you are a resident foreigner and are employed by a state-sponsored project or company, your salary will be taxed at 20 percent.

If you, as a resident, work for a company that is formed under the Foreign Investment law, your salary will be taxed at progressive rates from 0 to 25 percent, the same rates at which Myanmar citizens are taxed.

What about if you’re a non-resident? In other words, you come and go from Myanmar, or were in Myanmar on employment that lasted less than 183 days in the tax year. You must pay income tax at a flat rate of 35 percent and are not eligible for tax exemptions or other tax relief.

Non-residents often say they’re only working in-country a couple of days a month, or that their work in Myanmar was only a onetime situation. Under these circumstances it is a common belief among non-residents that they couldn’t possibly owe income taxes to the Myanmar government.

Unfortunately for these workers, the law states that if income is generated by work performed in Myanmar, taxes are owed. In practice it is difficult for the Myanmar Tax authorities to track income earned by non-residents, and if the Township Revenue Officer determines that the income of a non-resident foreigner cannot be definitely known, they have different methods to estimate earned income for tax purposes.

Here’s another factor to consider. Myanmar residents pay income tax on any income earned worldwide. This means, for example, if you as a resident are paid a salary of $20,000 in Myanmar and draw a salary of $50,000 outside, even if the $50,000 is for work you do while traveling outside of Myanmar, you owe Myanmar income tax on all of it. If you receive passive income such as stock dividends and the source of income is not related to your income in Myanmar, you do not owe tax on this. However there is good news in this vein for non-residents. If you qualify as a non-resident you are exempt from having to pay taxes on income earned outside of Myanmar.

Next week we will continue our discussion of taxes in Myanmar.