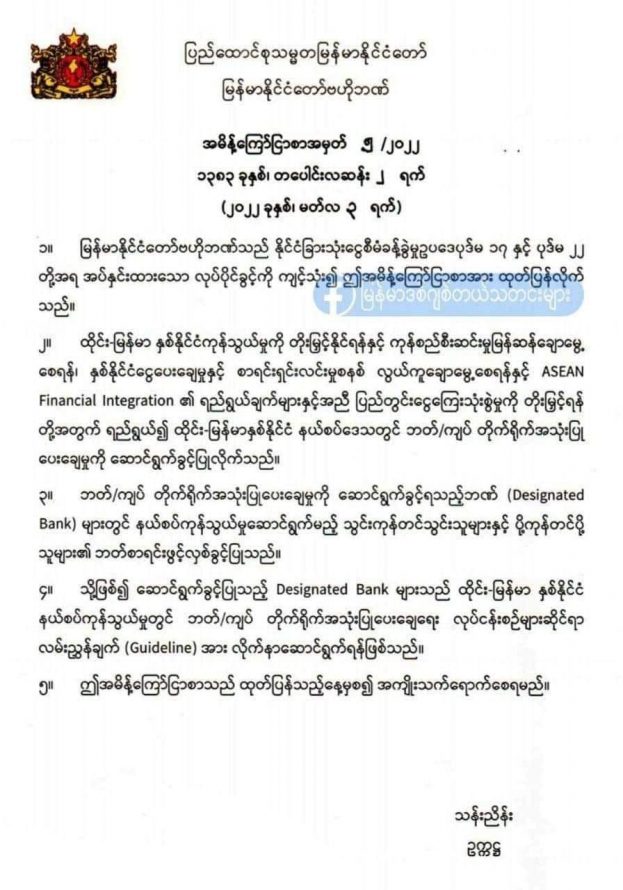 The Central Bank of Myanmar has now allowed Baht as an official settlement currency for Thai-Myanmar border trade, according to its announcement on March 3, 2022.

The move aims to improve trade between the two countries, streamline the payment and trading as well as to increase the use of local currency in trade settlement.

The exporters and importers are allowed to open bank accounts at the designated banks for the Kyat-Baht settlement.

The Central Bank of Myanmar also urged the designated banks to follow the guidelines on Kyat-Baht direct settlement in border trade.

The Baht exchange rate against Myanmar Kyat has increased gradually last year reaching the highest in years as the value of Myanmar currency plummeted amid cash shortage, and low confidence on the domestic banking system and local currency.