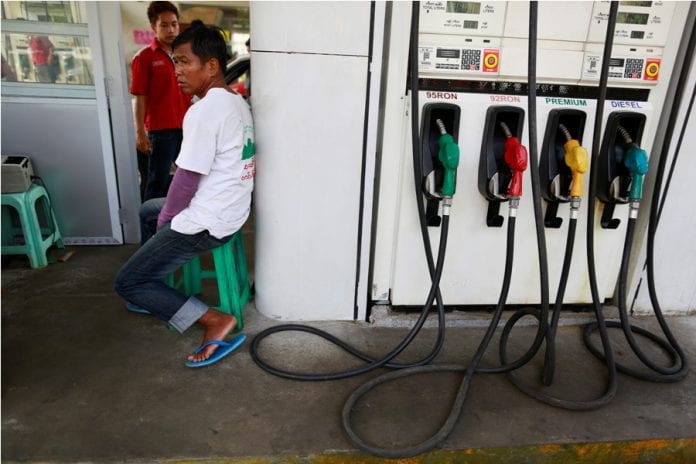 Myanmar is a fertile and resource-rich country strategically located in the heart of Asia. Although Myanmar has great potential for business investment, so far it remains a largely untapped market – rich in natural resources and a young population ready to work. According to proven records, Myanmar commands reserves of 50 million barrels of crude oil and 283 billion cubic meters of natural gas. However, figures provided by the national oil company, Myanmar Oil and Gas Enterprise (MOGE), estimate 226 million barrels of crude oil and 457 billion cubic metres of natural gas.

In October 2013, an auction of 18 onshore blocks in Myanmar was launched. In March this year, the Ministry of Energy (MOE) announced the selected operators for 10 deep-water and 10 shallow-water offshore oil and gas blocks.

With the participation of western companies in the tender process, the first steps have been marked into a market traditionally dominated by Chinese, Thai and Indian companies. Royal Dutch Shell was the only winner of the tender that was awarded three deep-water blocks in a consortium with MOECO, followed by BG/Woodside and ENI with two deep-water blocks and Statoil, Conoco Phillips, Total SA and Ophir Energy with one block each.

The winner in terms of shallow-water blocks were Reliance and the Oil India consortium with two blocks each followed by BG/Woodside, Chevron, ROC Oil/TAP Oil, TRG and Berlanga with one block each. With the announcement of the winner, an investment of at least $3 billion is expected after production sharing contracts (PSC) are signed.

However, a few more steps have to be considered in the following process, such as the negotiations of the PSC and compliance with environmental standards and regulation, which constitutes a main requirement for the licensing of the operator by the Myanmar Investment Commission (MIC).

Following the announcement of the winners of the tenders, oil and gas investors must first apply for a recommendation from the Ministry of Energy (MOE) in order to obtain a permit from the MIC in the next step. Under the Foreign Investment Law (FIL) and Foreign Investment Regulation, the MIC’S role has been already expanded.

In line with the country’s ongoing reform efforts, in June, the MIC became an independent organisation. It is hoped that this change will further encourage foreign direct investment and increase legal certainty in Myanmar also with reference to the licensing of the foreign oil and gas operators.

As already mentioned, environmental compliance constitutes an important factor in the licensing process. Although there are currently only draft environment regulations, they are applied in practice, such as the provisions that requires an Initial Environmental Examination (IEE) by filing the application in order to obtain MIC approval.

The lack of information regarding the standards and requirements of the oil industry leads to legal uncertainty for the winners of the bidding process. According to the way the contracts have been structured, the companies awarded deep-water blocks will initially have two years to study and survey the blocks. At the conclusion of the two-year period the companies can walk away in case they have not discovered anything worth exploiting.

For the case that a company has found or can assume that it has found oil or gas, a further three-year exploration period will be granted, followed by another three years to start production. The timeframe for the more manageable shallow-water blocks is slightly shorter. Either way, one can assume that it is unlikely to see any oil or gas from the offshore fields for at least seven or eight years.

Many of the selected companies of the oil and gas tender struggled to accept the small number of important provisions made by the MOE’s model PSC. This has been also the main reason that there have not been that many PSCs executed with foreign oil companies in the onshore round yet. Due to ongoing negotiations, the exact terms of the PSCs between the government and the winning companies have yet to be published.

Handling a bunch of new reforms, the government continues to face many challenges reconciling the past and the present. Since there are still infrastructural gaps that have to be solved – for example, the insufficient access to electricity for nearly two-third of Myanmar’s citizens – the negotiations will underline the government’s standpoint to first meet domestic needs.

Pointing out the fact that international companies are taking part in the negotiations, leads to the next obstacle for the government – the ability to retain national interests while taking into account international standards. The finalisation of the PSCs will be a hard bargain for both sides of the negotiation table.