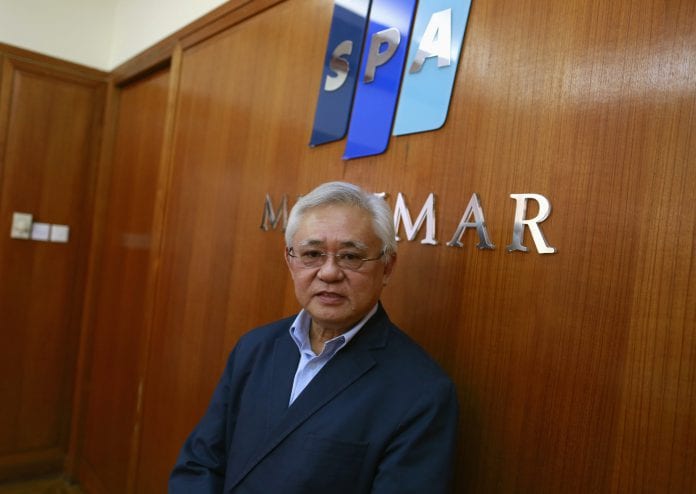 Yoma Strategic Holdings Ltd said it will be boosting its diversified business portfolio in Myanmar with the additional acquisition of economic interests of land development rights (LDR) in its property development, Pun Hlaing Golf Estate (PHGE).

The company’s flagship high-end residential property development at PHGE will be expanded with the acquisition of economic interests of additional LDRs for future residential and commercial developments, Yoma said.

The new LDRs will be used to add more residences along with commercial developments to cater to the increased demand from the existing and projected future occupants at PHGE, the Singapore-based firm added.

Andrew Rickards, CEO of Yoma Strategic, said, “PHGE has established itself as one of the most desirable locations to live in Myanmar today and we are delighted with the opportunity to expand the number of developments on the estate.”

The total land area represented by the LDRs being acquired for these new developments totals approximately 31.3 acres. The group is also acquiring economic interests in an additional 12 acres of LDRs adjacent to the Early Years Centre managed by Harrow International Management Services to be used for the development of an international school, and the rights to operate the PHGE Golf and Country Club which includes approximately 219.2 acres of the golf course.

PHGE, built on a 652-acre peninsula between Hlaing river and the Pun Hlaing river in Hlaing Tharyar township, approximately 13 kilometres from downtown Yangon, is an integrated development project with residential units, a Gary Player-designed 18-hole championship golf course, a clubhouse, a sports complex and other facilities.

Rickards said the acquisitions include areas designated for commercial developments, including the extension of the Pun Hlaing hotel and the international school, which are previously announced projects.

“The acquisition of the rights to manage and further develop the PHGE Golf and Country Club is also an important step in continuing to enhance the quality of life on the estate,” he said.

The total consideration payable to Myanmar-based Serge Pun & Associates (SPA) Ltd and its associates for the economic interests in LDRs and businesses at PHGE is S$95.9 million, based on two independent valuations from Jones Lang LaSalle and Robert Khan & Co Pte Ltd.

Yoma said it has also started the redevelopment of former Burma Railway Headquarters into a luxury hotel.

The redevelopment of the former Ministry of Rail Headquarters commenced as both the Ministry of Railways Transportation and the Myanmar Investment Commission have ruled that such works may proceed.

On June 16, the group announced that it would be moving forward with the development by acquiring the remaining terms of the leases of the sites while at the same time continuing to work with the SPA Group on getting the leases extended.

SPA and Yoma Strategic said that the leases of the Landmark development sites will be extended in due course.

In addition to the latest announcements, the group said on August 28 that it had acquired the 20 percent interest in YSH Finance Ltd (YSH Finance) from First Myanmar Investment Co Ltd.

Upon the acquisition, the group’s interest in the telecoms tower business has increased from 20 percent to an effective 25 percent such that YSH Finance is now a wholly-owned subsidiary of the Group.

Yoma said it had acquired a 70 percent effective interest in 20.3 acres of LDRs in Thanlyin township, Yangon from SPA Group. The land, which is adjacent to Yoma Strategic’s major development Star City, will be developed into an international school to be opened with Education Index Management, overseen by Dulwich College International with Dulwich College in London as educational adviser.

Serge Pun, Yoma Strategic’s executive chairman, said: “The developments announced by Yoma Strategic over the past few days are more steps in the creation of Myanmar’s leading conglomerate.

“I believe that as Yoma Strategic gains more control of its assets, it will be able to create depth to its existing businesses in Myanmar and contribute better to Myanmar’s future landscape.”