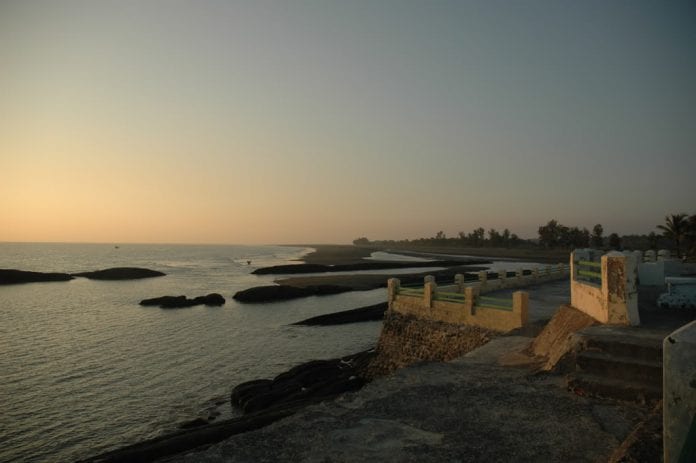 The renovation process of the view point or locally popular as “Point,” a principal attraction of Sittwe, the capital of Rakhine state, has been 90 percent finished, according to the state government.

The Point is located on the Sittwe beach overlooking the mouth of the Kaladan River and the Bay of Bengal in the Indian Ocean.

The project, with an estimated cost of over K3 billion ($3 million), is funded by the Ministry of Border Affairs and implemented by AMC Construction Company, a local developer.

“The project was initiated in 2013. By renovating Sittwe’s view point, we expect to attract more local and foreign tourists,” U Win Myaing, spokesperson for the state government, told Myanmar Business Today.

Construction of a circular concrete lane started in 2013 and finished in 2014, while a concrete road and reinforced concrete walls from the view point to the nearby Sittwe Hotel is 90 percent finished, he said.

Building concrete walls and a gravel path from the hotel to a bathing wharf in the view point area has also been 90 percent finished.